#TBT: That Time Alicia Silverstone Became My BFF (for 5 Minutes) 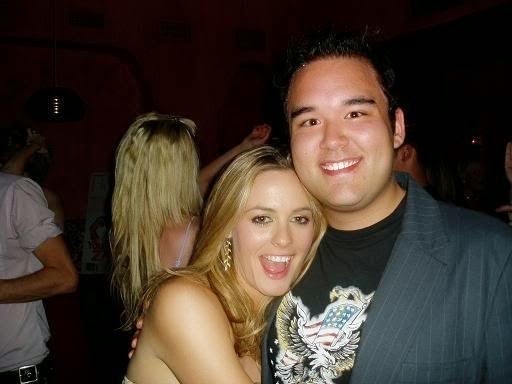 Yes, she might have been tipsy when we met for the first time during the afterparty for Movieline's 2004 Young Hollywood Awards at Avalon (in Hollywood, natch).

No, I did not inundate her with quotes from Clueless. But she did love my Lucky Brand T-shirt, which I still have (along with that Kenneth Cole pin-striped blazer).

I say "first time we met" because, as luck would have it, a good friend of mine started working for her, and we ended up having several encounters throughout the following couple of years. I even got to swim in her pool -- no, that's not a euphemism -- and catch a matinee of Kill Bill with her and a group of friends. And then, flash-forward to the summer of 2009, when I ran into her at LAX while waiting for my flight to New York. (I had been on my way to a film festival in Philadelphia to screen a short film I produced.) While we sat in the terminal, she was curious and gracious enough to take a look at the short on my laptop. Who was I to deprive her of a sneak peek?