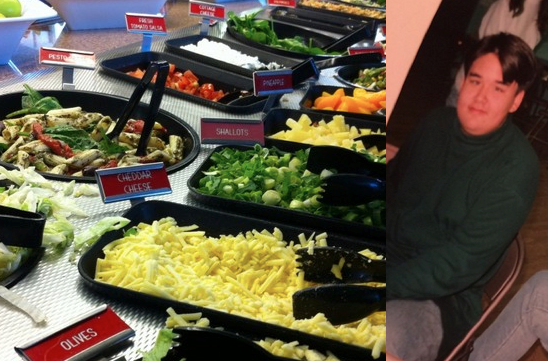 *Another excerpt from my book-in-progress.

It’s an institution built to cater to anyone with an appetite as big as his waistline. History appears to tell us that the Swedes and the French were the ones who came up with the idea of a buffet, laying out different kinds of food on a table in a free-for-all setting. Sweden invented the “smorgasbord” sometime in the 16th century, offering appetizers to guests – usually cold – while France used sideboards to present snacks and pre-dinner nibblers to those looking for a little nosh before a main course. 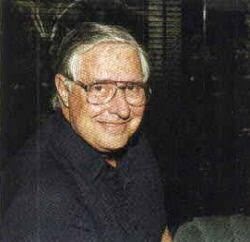 But leave it to America to insert the hyphenated adjective “all-you-can-eat” in front of the word “buffet.” Much credit for this has been given to a guy named Herb MacDonald, a Las Vegas publicist and entertainment manager who came up with the idea in the 1950s, back when Sin City was still in its infancy and witnessing the construction and development of casinos up and down the Strip. You know, long before it resembled the 21st century Vegas we now know it to be, a bustling, wi-fi-enabled wonderland for celebrity DJs and washed-up pop stars from the 90s who can make sizable fortunes taking up “residencies” at swanky venues where martinis cost as much as a down payment on a Smart car.

But back to the history lesson: Herb MacDonald was a smart guy. He probably came up with the buffet concept because it was the perfect way to lure hungry gamblers and send them back out to the slot machines and poker tables on full stomachs, especially with affordable prices listed on the menu. It’s no surprise that other casinos followed suit and started advertising these giant feasts, challenging visitors to consume as much as they could. Nowadays, it’s easy to find an establishment that offers a never-ending supply of food in any American city or town. And chances are, I’ve probably tried every single kind there is in this great country of ours.

My relationship with all-you-can-eat buffets is a love-hate one. The thought of scouring through trays of mass-produced food sometimes disgusts me, but when your stomach feels like ingesting several pounds of anything living under a heat lamp, you have to do what it says.

I have had my fair share of run-ins with buffets, but my earliest experience with these constantly replenished smorgasbords goes back to the 80s. I have memories of hopping into my grandmother’s gray 1984 Ford Escort and driving to Central Avenue in Yonkers to have lunch at Sizzler, that great, Reagan-era establishment tailor-made for middle class diners. This is also where I encountered my first salad bar. Just tall enough to reach the ladles and spoons and pour on the blue cheese dressing, I was in awe of the spread that lay before me. There were so many possibilities. I could load up my plate with as many croutons as I wished. And I could go back for seconds and thirds?

“Nice try, Sizzler,” I told myself. “Apparently you haven’t seen the damage this 8-year-old could do on a joint like this.”


When I moved on to the soups, a woman walked up and stood behind me with her own empty bowl, noticing the heavy load I had on my tray.

“Someone’s hungry,” she winked. “You sure you can eat all of that?”

“Lady, I’m not sure if you read the sign outside,” I told her. “It says ‘all-you-can-eat salad bar.’ I intend to take Sizzler up on their offer. And if I were you, I’d be more concerned about your husband who’s flirting with the buxom waitress while you wait for your second helping of New England clam chowder.”

That’s not an entirely accurate account of what happened. I never used the word “buxom.” As if an 8-year-old would possess such a vocabulary.

When I returned to the table, my grandmother was enjoying her fried shrimp and some buttered rolls, all of the foods she shouldn’t have been eating because of her gout and whatever else she had that required her to swallow a dozen prescribed pills every day. But she was exercising her American right to do (and eat) whatever the hell she wanted. And today she wanted to treat herself and her grandson to a lovely lunch with all the fixings.

“What did that lady say to you?” she asked while she moved on to her loaded baked potato.

“She told me she wanted to take me home because she needed a plump, little half-Japanese boy to complete her collection of mixed-race children,” I answered.

I guess my grandmother didn’t hear me because it appeared she was in the middle of making love to her side dish, a speck of sour cream spackled in the corner of her mouth. I dived into my salad, which was basically a pile of garlic parmesan croutons and cucumber slices smothered in blue cheese dressing. I hated tomatoes, and I was glad that I had the power to control what went into my salad. If this were some other restaurant I would have to pick out those pesky red orbs and hand them off to whatever relative sat across from me. Even sliced, I didn’t understand the appeal of tomatoes. You bit into one, and your mouth was immediately treated to a squirt of slime and seeds – yuck.

And beets. They looked cool and enticing, probably because of their reddish purple hue, almost like the canned, jellied cranberry sauce my mom always served at Thanksgiving. But it was all a trick. They tasted nothing like what they looked like. Eating one was like eating dirt from a garden layered with manure imported from Staten Island.

No thanks. I’d rather stick to the other glorious offerings at this salad bar. 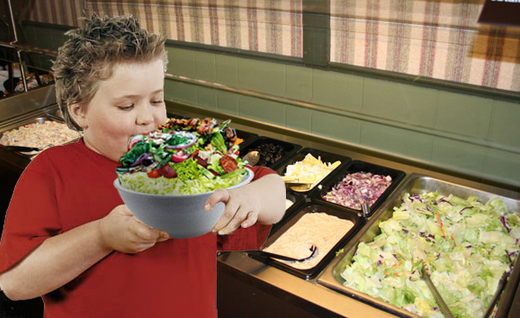 “I love Sizzler!” I exclaimed as I crunched on some more croutons, a dribble of blue cheese dressing on my chin.

If I was this excited by the first course, you could imagine my ecstatic state when I discovered the dessert bar’s soft-serve ice cream and variety of toppings. I walked up to that self-serve machine, studying its levers, licking my lips as if I were some pint-sized foodie cowboy ready to draw my weapon (my spoon) and take down this strange new opponent. I stood behind a man and watched how he maneuvered his bowl to form the perfect swirly mountain of icy vanilla goodness. For those few seconds, this stranger was my idol. This guy knew what he was doing. The dexterity with which he completed the rest of his sundae left me in awe. I admired his choice in toppings (a scattering of nuts caught in a slow river of hot fudge). Could I rise up to his level and create a similarly tasty masterpiece?

Turns out I was a natural. I pumped the lever and out came the swirl, a little faster than I had anticipated, and I turned the bowl so that it perfectly caught the curled snake of soft-serve. I also learned how to slightly lift the bowl during this process in order to pack in the ice cream. You see, if you simply let the soft-serve curl up into a nice little mound, you risk creating a hollow center – and no one wants an ounce of space left in the middle. Pack that shit in.

After drizzling some strawberry syrup on top and adding some rainbow sprinkles and a dollop of whipped cream, I proudly brought my creation back to the table and showed it off to my grandmother.

“Oh, that looks good!” she admired, reaching for her spoon. “I might need a taste.”

“Well, the bowls are right over there,” I said, inching my bowl away from her. “Help yourself.”

From now on, the expression “kid in a candy store” should be changed to “kid at an all-you-can-eat buffet” when describing any given moment I am filled with joy.