An Open Letter to John Burk (and Other Body Shamers) 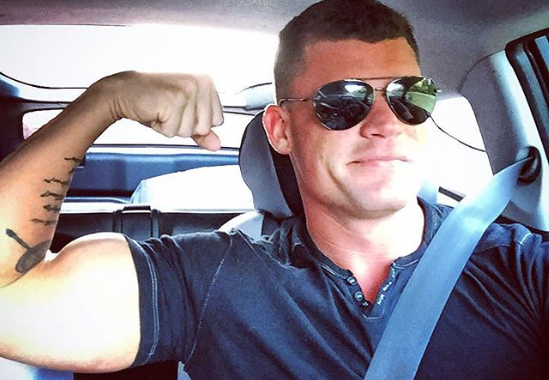 Army veteran John Burk, a self-proclaimed “fitness motivator” from Georgia, racked up millions of views on a July 2015 video rant in which he called overweight people “repulsive” and “disgusting.” Needless to say, he made headlines and sparked a heated online debate on whether or not he was justified in what he said. (Chicago Tribune fitness columnist James Fell bestowed Burk the title “Fitness Douchebag of the Week” on his blogsite BodyForWife.com)

Hiko Mitsuzuka here, American soldier in the Battle of the Bulge since…let’s say, sometime in the late 1980s.

I just wanted to take a few minutes of your time. Your video was quite the watch. From the looks of it, I assume you just finished a great workout that really got your endorphins flowing. (Congrats on all of your accomplishments, especially those veins in your arms and chest.) Your animated speech must have been the result of an intense pump. I get it. Despite my current body mass index and overall appearance, I’m somewhat familiar with the feel-good rush one can experience after a sweaty, heart-racing session at the gym. But your spontaneous speech could have used some refining, a little prep work, and research. You know, research, that thing you do to support your sweeping generalizations and blanket statements? It involves looking up facts and statistics and some reading…You know, reading, something you probably haven’t tried since your last level of education, whatever that may be. No matter. Anyway, while your intentions were arguably in the right place, trying to get people to get off their asses and take charge of their health, the way with which you delivered the message was all wrong. You may call it passionate and motivational, but it just came off as heated and downright mean.

Again, I get it. Sometimes people need to be faced with the harsh realities of life. Maybe we have grown too complacent, maybe we do handle each other with kid gloves, and maybe we do tend to take the easy way out of things. I can tell you’re a proponent of tough love, which makes me wonder who lit the fire under your balls to turn you into a hardened hardbody as blunt as a lead pipe wrapped in cement.

I also have to ask: Was there some moment in your childhood or adolescence that left an indelible mark on you as a fat kid? Perhaps some kind of emotionally traumatic instance that forced you to grow up quickly and change your ways? Was there someone who instilled in you this aggressive approach and outlook on life? I ask because, had you been a chubster in a previous life -- and it looks like you were, according to your Instagram feed -- you should be able to understand the physical and mental anguish an overweight child goes through and how that can carry over into adulthood. Perhaps you would have developed a better perspective on what it’s like to live as a member of the overweight population. Maybe you would realize that placing extremely insulting labels on them does not help them. In no way are you “motivating” them to lead healthier lives. You’re also not telling them anything they haven’t heard before, because they live in a world that constantly encourages them to feel shitty about themselves, to feel less-than. 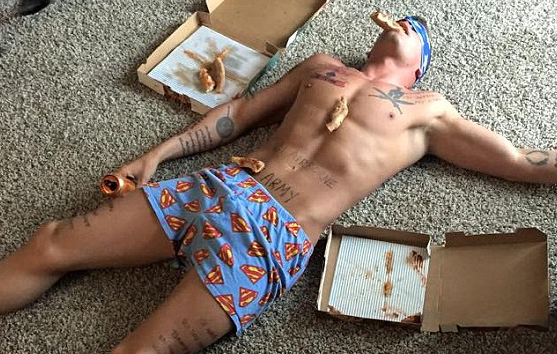 You seem to direct most of your anger and frustration at overweight and obese parents for not taking “an active role” in their children’s lives and being the cause of their obesity. You also seem to have little sympathy for children who are bullied about their weight: “And then you’re going to wonder why your children are getting made fun of in school. Yeah, that’s a fact of life, people. Bullying is out there, there are bullies out there. Who are they going to go for first? Overweight kids…That’s just how life is.”

Really? What you’re saying is that anyone has the right to torment and name-call anyone who is different or doesn’t appear to fit a “normal” standard. Considering the current suicide rate among America’s youth, I am shocked to hear someone blatantly justify the actions of bullies and give them the go-ahead to do harm. How about you focus your heated energy on understanding why bullying exists in the first place? How about you dig deep, get to the root of the problem, and search for the origin of such damaging, abusive behavior? Why do bullies feel entitled to put people down – what causes them to verbally and physically attack others? Is it a lack of empathy? I strongly suggest redirecting your efforts to teaching bullies how to have compassion for other people’s difficulties and differences. Maybe that would then lead to an improvement in everyone’s health, mental and physical.

And while we’re on the subject of research, how about learning about why people overeat? I would think that you’re educated enough to know why obesity is such a problem in this country. (Kudos for scolding the fast food industry for the huge role it plays in this epidemic.) Begin with that. Don’t expect an influx of new clients if you’re going to start things off by calling them “disgusting” and “repulsive.” What self-respecting overweight person would want to subscribe to your drill sergeant-inspired fanaticism? While there’s plenty to criticize about your rant, especially the idea that even regular diet and exercise will drastically lower people’s weight for a sustained time, perhaps your biggest eye-roller is mentioned in the first few seconds of your video: “Scientific studies have shown that it is not healthy to be overweight. There’s nothing good about it.” You are right to point out that excess weight has been linked to cardiovascular disease and diabetes, but it’s hardly a set destiny. Scientific studies have shown that weight alone is not the best indicator of future health issues. They have concluded that one's fitness level is a better predictor of early death than BMI. (The overweight and fit have similar mortality rates to the thin and fit.)

You seem to infer that exercise will make you thinner and that overweight people are not working out enough. According to your logic, the only reason people are fat is because they don’t bother going to the gym or being physically active in their everyday lives. A healthy diet and active lifestyle will certainly do wonders for longevity, but for the majority of people, it will only lower their weight by a few pounds, if at all — no matter how much you yell at them. Your belief, which is unfortunately shared by many people, only serves to motivate those struggling, overweight folk to drop those healthy lifestyle changes when they don’t find themselves magically dropping more than fifteen pounds. In other words, the more you use fat-shaming language in your “motivational” speeches, the less likely people will lose weight. Shaming and scare tactics lead to more weight gain while shame-free encouragement leads to more weight loss. And that, Mr. Burk, is what I call irony.

Here’s a fortune cookie quote for you to chew on (feel free to spit out the cookie if you can’t afford the extra calories): Compassion and understanding go a long way.

Yes, obesity is a serious health issue, but it’s decidedly not one that can be solved by mean-spirited and inaccurate slogans like the ones you spewed throughout your video. And despite your insistence that you’re not “fat-shaming,” it’s hard to see how your expletive-filled rant is anything but.

You’ve also told the media that what you’re doing is “raising awareness.” Unfortunately, the only thing you’ve made us aware of is how to avoid becoming a big, flaming piece of douchebaggery like yourself if we’re ever to achieve the same level of fitness (and your six-pack stomach). Rather than make people feel miserable and run away, we like to think we’d actually, you know, inspire people to embrace a healthier lifestyle.

*This has been a excerpt from my upcoming book, How to NOT Stay Skinny.
Email Post
Labels: hot topics the personal crap