When Bad Music Videos Happen to Good Pop Songs: Zayn's "Like I Would" 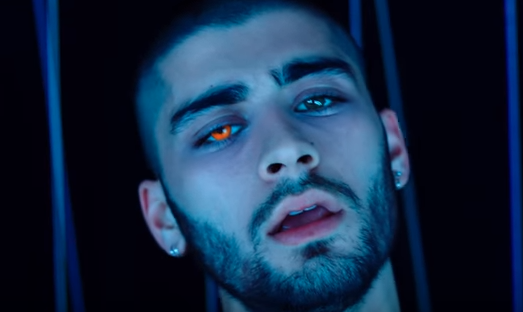 I was pleasantly surprised when I first heard Zayn's "Like I Would" earlier this year, hoping that it would be the official follow-up to his ode to hate sex, "Pillowtalk." And it appears that it is indeed his next single for radioplay. It has a sexy, Weeknd-esque groove that's good for blaring in the car.

Will it be easily forgotten six months from now? You betcha. But still...

Directed by Director X (real name), the video for "Like I Would" is a laserlight-filled exercise in Let's-Throw-All-Our-Money-At-Cool-Looking-Shit-That-Has-Nothing-To-Do-With-The-Song.


The following thoughts ran through my head during the first viewing, from start to finish:

Are we watching an audition tape for Tron 3?

Are we supposed to know why Z has a neon-orange eye? Did the dude lose a contact lens? Is he a cyborg sent back in time to terminate a certain boy band that will waste five years of his life?

Thankfully there is some choreography in the second half, even if it features a bunch of dominatrixes in red leather and a pair of dancers in bizarre camo suits and masks. Perhaps it's more of an interpretive dance designed to distract us from how godawful this video really is.

It's always disappointing when a pop star is curiously absent from any dancing happening in his own music video. Hell, even Meghan Trainor learned a few moves for her latest. So why, Zayn? Didn't have enough time to show up for rehearsals? Afraid you'll look like a flailing douche standing next to the professionals? And again, why the creepy orange eye?!?!?