When Bad Music Videos Happen to Good Pop Songs: Ariana Grande's "Into You" 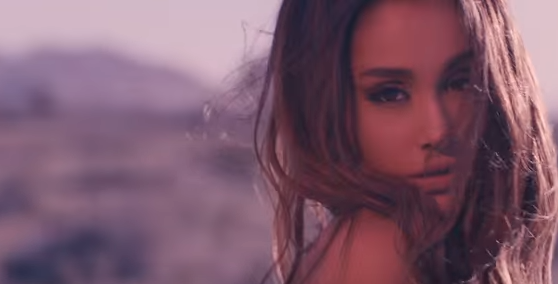 Ariana Grande's "Into You" is possibly the catchiest and radio-friendliest track to come off her recently released Dangerous Woman. It's a perfect piece of summer pop that's juuuust naughty enough to make you wanna...let's say, rub up against someone. After all, "a little less conversation, and a little more touch my body" might be my favorite lyrics of the season.

However, the music video is a letdown. Directed by Hannah Lux Davis (Demi's sweaty, sizzling "Cool for the Summer," Hilary's neon-riffic "Sparks"), the visual treatment does nothing to complement the song's vitality. Watching Ari flirt and frolic her way around the desert and in cheap motel room with her (spoiler alert!) bodyguard isn't the exciting and dynamic narrative I was hoping for.

Also, was there no budget for some choreography and some backup dancers? I don't know about you, but "Into You" screams "big dance number!" but alas, what we have is a middle-of-the-road love story featuring a male model-actor who is expectedly creating a stir on the interwebs.


Also, while we're at it, the first two-thirds of the video seem a little familiar.

Anyone remember Christina Aguilera's "Your Body" from 2012? Didn't think so. Both videos seem to share a similar sensibility and look: that Southern California desert landscape, a cheap motel, that Valencia camera filter... Just sayin'.