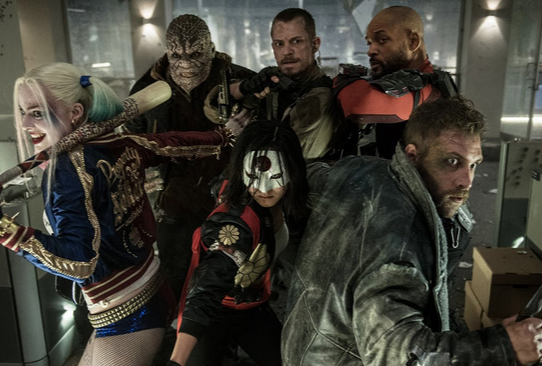 Superhero Movie Fatigue -- or SMF for those of you currently suffering through it -- is nothing new.

People, namely critics, pop culture pundits, and anyone with some semblance of intelligence and taste, have been complaining about the relentless onslaught of comic-book movie franchises for a while now. And if the recent, lukewarm reception for Suicide Squad is any indication, people aren't afraid to be vocal about it anymore.

And God knows, many have written about Hollywood's unhealthy obsession with franchises and the current state of how the industry is operating, especially at movie studios. (Hint: you can thank foreign countries, especially China, for America's current cinematic output.) See here:

Exhibit A.
Exhibit B.
And Exhibit C.

Frankly, for all I care, Marvel and DC could lay out their planned movie schedules from now until I'm sitting in a nursing home shitting myself while having apple sauce shoved down my gagging throat. As of now, in August of 2016, I simply won't be rushing to theaters to hand over my $15-20 to a film and particularly to a movie studio that is run by some prick with a business or finance degree who never sat behind a camera, produced art, or wrote anything creative. 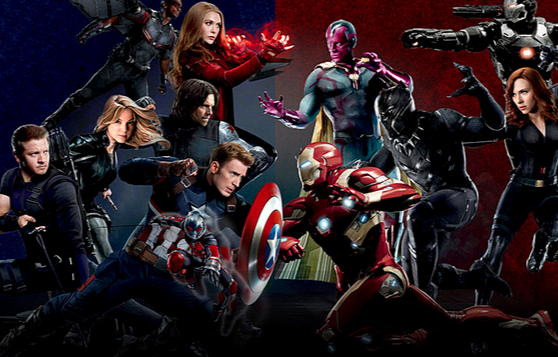 I enjoyed Captain America: Civil War for all it's worth and all that it stood for, but knowing that there are a dozen more of these guys coming soon to theater near me in the next three to four years is exhausting.

1. The constant release of these types of films is only fanning the flames of fantitlement. (Look up that definition HERE.) And I for one can't stand to see another headline like "Fans Try to Shut Down Rotten Tomatoes" just because people are pissed about how their precious superhero saga is received. True, yours truly may be practicing a form of fantitlement by writing this very post, but then again, my problem isn't with how these movies are made. It's more about the modern-day studio system that has been refurbished to create an uncontrollable monster that is consuming the moviegoing public's money on a weekly basis.

2. Another superhero movie franchise just means that, come Halloween, more douchebags (and the women who love them) will throw together slipshod costumes to look "sexy."

3. These kinds of movies are ruining what it means to be a movie star. In other words, the names of properties (comic books, YA trilogies, video games) are becoming more important than the names of the actual talent you see on screen. See Exhibit D and Exhibit E.

4. I truly miss character-based stories that don't involve a spark of a special effect. Call me old (maybe this is what happens as I inch closer to a certain age), but I prefer to sit in a theater and watch something on the big screen that isn't "based on" anything.

5. I hate feeling like I'm being manipulated every time I visit my local multiplex. When I go see the latest installment of a superhero series that is a part of a larger "shared universe," all I see now is a conglomerate that has laid out a blueprint meticulously designed to squeeze out more dollars from every red-blooded American. I hate watching a movie that blatantly feels like it's been incubated in a lab surrounded by businessmen who only pay attention to statistics and projected estimates.

So, will I see Suicide Squad? Maybe, maybe not. But my instincts about movies tend to be right. And they're telling me to skip it and save my money for something else.

I could argue and complain some more, but why bother? Time is precious. I don't want to waste it on a shitty attitude...or shit movies.