Help! I Suffer From Too Much Good TV! 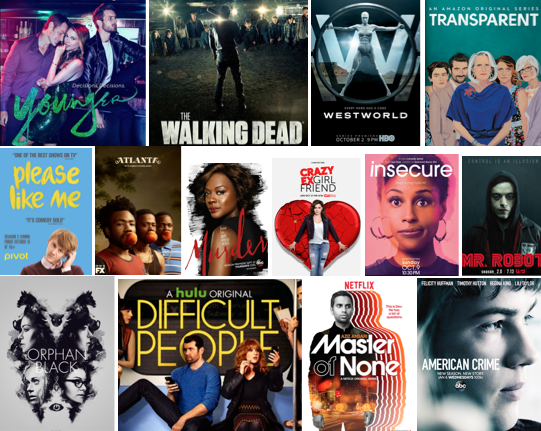 Less than twenty years ago, when it came to TV viewing, times were simpler. My television diet consisted of regular tune-ins of favorites like Melrose Place, Friends, The X-Files, Buffy the Vampire Slayer, and Saturday Night Live.

Less than ten years ago, I would usually find myself on weekend mornings catching up on shows I've missed during the previous week. It was a time when I could easily break down the week, day by day, listing what shows I watched. I had at least one for every day of the week. TV geeks and pundits deemed those days of the DVR the "Golden Age of Television."

But now we live in Streaming Times. I am a proud cord cutter (going strong 3+ years). I am both an advertiser's nightmare and prime target. I stream and download everything at random hours. I have no set schedule. I watch whatever I want, whenever I want. And since we're also living in the era of "Peak TV," there is simply too much television to keep up with. Seriously, in 2015 alone, there was a record-breaking 409 scripted shows (comedies and dramas) that aired. Scripted. That doesn't count reality shows, game shows, talk shows, and various docuseries.

This is a glut of (mostly) good television I seriously struggle to keep up with on a weekly basis. Just how serious is it?

If I find myself home on a Friday night after a long week of work, I'll stay in, crack open a bottle of red, and catch up with Chelsea on Netflix and The View on Hulu (save the middle-aged woman jokes for later). Saturday mornings are usually for catching up on ABC's How to Get Away With Murder and Scandal (my new Melrose Place). On Sunday, I watch SNL from the night before. By Sunday night, it's an all-new Westworld and Insecure on HBO (or Girls, depending on the time of year -- and no, I don't watch Game of Thrones, so please get over it). Monday through Thursday is a free-for-all. If I'm not trying to catch up on The CW's Crazy Ex-Girlfriend, I'm trying to finish the previous season of FXX's You're The Worst. If I'm not trying to catch up on AMC's The Walking Dead, I'm trying to binge on the last three episodes of the everlasting Modern Family. As for the brand spankin' new broadcast network shows that I'm sampling, there's NBC's The Good Place, which I'm digging, and This is Us, which is great. Fox's Scream Queens is making it tough for me to keep up with this second round. I am trying to savor Season 3 of the fantastic, adorable, and absolutely delightful Please Like Me (formerly on Pivot) without plowing through all 10 episodes while enjoying Season 3 of TV Land's Younger. (Miriam Shor needs Emmy attention, STAT.) I started downloading SyFy's Channel Zero: Candle Cove to see what all the fuss is about among my fellow horror fanboys. I am still in awe of the last season of ABC's American Crime. I really want to get into Showtime's The Affair. I really tried to get sucked into FX's Fargo. I really want to become a fan of The Americans. I called Master of None the best TV show of 2015 (and I can't wait for Aziz's new season). I'm already considering Donald Glover's Atlanta the next Master of None. I'm almost embarrassed to admit that I relate to the two main characters in Hulu's Difficult People a little too much. The third season of Transparent is still sitting in my Amazon Prime queue. The fourth season of Orange is the New Black and the second season of Unbreakable Kimmy Schmidt are still sitting in my Netflix queue. The remaining Season 2 episodes of Lifetime's UnReal have found refuge on a USB drive I have put in a safe place. And let me not forget the entire second season of USA's Mr. Robot, the entire third season of A&E's Bates Motel, and the entire fourth season of BBC America's Orphan Black that have been sitting on my hard drive, waiting for me to open them and click play. 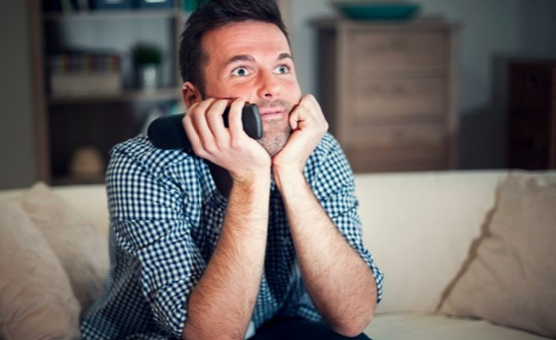 There have been a few casualties over the past few years due to all of this competition for my attention. I fell off The Vampire Diaries during its fifth season. I never finished the first season of the delicious Quantico. I never started the sixth season of American Horror Story. Empire fell off my radar. I never found out what happened to Carrie after three seasons of Homeland. And final three episodes of American Crime Story: The People vs. O.J. Simpson never made it past my eyes, despite its sweep at the Emmys earlier this fall.

And then there are the classic shows that I never watched during their original runs and am currently considering bingeing: Gilmore Girls (especially now that it's being revived), The West Wing, and The Shield -- all available at my fingertips. And then there are the classic favorites I like to revisit for nostalgia purposes every so often when I can't handle new TV and feel like saying hello to old friends. (DVDs of The Golden Girls, Will & Grace, and Felicity are kept on standby in my bedroom.)

As you can see, I'm in crisis mode. And with promising new shows continuing to premiere during these last few weeks of the year, it seems like there's no relief in sight. Also, having now worked in entertainment marketing for the past three years (at my day job), I get a chance to see what's coming down the pipeline. And friends, there are lots of cool-sounding projects that will undoubtedly make a splash in an already crowded pool of small-screen titles that have already wooed millions of viewers. Drew Barrymore, Woody Allen, the Marvel TV Universe, and the holy trinity of Ryan Murphy-Susan Sarandon-Jessica Lange are poised to deliver the goods.

Networks that weren't known for original programming now boast several original series. Networks you probably have never heard of (Crackle, SeeSo, go90) are pumping out original series. Even that behemoth known as YouTube has it own original series (just take a drive down Sunset Boulevard; you can't miss the billboards). Yahoo, AT&T, DirectTV...they too are in the game.

For TV junkies like yours truly, it is absolutely overwhelming. We're constantly at risk of overdosing on all of this alluring content. And for someone whose profession partially requires watching all of these shows -- for inspiration, for research, for reference, and of course, for pure entertainment -- it is absolutely frustrating.

And I do everything in my power to consume it all. I try to designate one Sunday per month to binge like there's no tomorrow. But it's not enough. I simply cannot keep up. Life gets in the way, as it always does. Right now, I am tempted to stop writing, close my laptop, and focus on the TV shows I need to catch up on. And if I do reserve several hours to finding out what's been happening with my favorite fictitious characters, there will always be others to check up on. It never ends. It never will end. Just like cockroaches; when there's one, you know there's at least a dozen more to keep track of. Enough is enough.

I need help. And I know I'm not the only one. I know that millions of Americans are suffering through the same (first-world) problem. Those days when I preoccupied myself with five or six shows a week now seem quaint.

Yours truly under pressure,