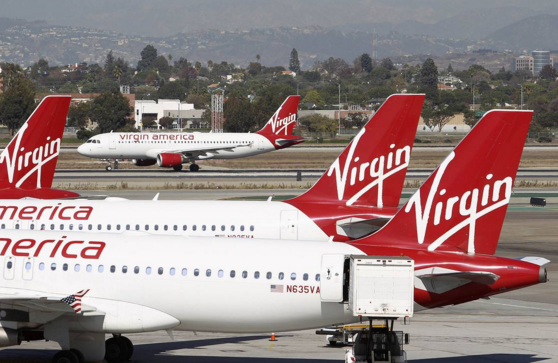 To Whom It May Concern,

I have been a proud Elevate member since 2008, and I still remember falling in love with you guys back then with your great bicoastal routes (I'm a frequent LAX-JFKer), sleek look and vibe (nice mood lighting), and entertaining safety videos -- from the charming animation to the choreographed musical numbers.

However, during these past several months, as you gradually make your transition into Alaska Airlines, I have been very disappointed with you. (Flashback: Delayed flight #941 to SFO on October 28, 2016 prompted me to transfer to another plane, only to find out my seat had been triple booked, resulting in me being escorted off the plane and delayed even further.)

Specifically and most recently, I want to discuss my experience on Thursday, March 30. It started with Vegas-bound flight #490, which was scheduled to depart from LAX at 7:25pm. Due to the severe winds in Las Vegas, my flight was delayed by an hour, which was understandable. As a result, I transferred to another flight, which was scheduled to leave earlier (the # is unknown, but my record will indicate it). This new flight was also delayed, but no matter -- I anticipated arriving in Las Vegas to properly kick off my birthday (my account should also validate this information) as well as carry out an assignment for a travel article I am writing for Bello magazine. It is a feature tentatively titled "The Vegas Diaries," a first-person account chronicling my experiences with the hotels, restaurants, and entertainment offerings of the Caesars franchise.

That said, it would be difficult for me to NOT mention in my piece the following developments -- what essentially turned out to be one of the worst travel experiences of my life.

I could be upset and complain about all of those things...but I won't.

What I am mostly upset about is that fact that we had been put on a Virgin America plane when its pilots were nearing the end of their legal flying time. What I'm upset about is that we had been scheduled to fly into risky weather conditions with pilots whose mental and physical conditions were just as risky. What I'm upset about is that all of the above developments could have been easily avoided -- the lives of over 150 people could've been less interrupted -- if a better system had been established in which our pilots could have continued to fly and serve their passengers.

That all said, I would like to know what you're doing to ensure that something like this doesn't happen again. Because as of right now, despite your new transition, I am becoming more and more convinced to book my future travel elsewhere and recommend others to do the same.

Please feel free to reach me if you need more info or have any questions.

I look forward to hearing from you.