15 Years in L.A.: Looking Back at How Insufferable I Was 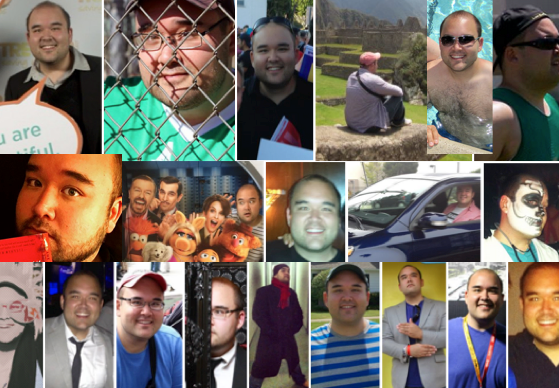 More than 5,475 days ago, when Avril Lavigne was relevant and the nation was becoming obsessed with a new singing competition show called American Idol, I made one of the biggest decisions of my life. Like many before me (and many after), I booked a one-way ticket to the city of Los Angeles -- with how much money in my bank account, I can't remember.

And the rest, as they say, is history.

History. I've lived here long enough to have created a legit history, a past full of countless stories, faces, moments, experiences -- memories that now represent a good chunk of my existence.

[Old Man Voice] Back in those days, nobody had plans to become a YouTube star. Say the word "Instagram," and someone would probably look at you like you were speaking Klingon. Movies and TV shows didn't have to rely on a godforsaken superhero franchise or a book series for young adults. And streaming? That's probably something you did in your pants when you couldn't hold it in any longer.

If you know me, you've probably read about my journey around this time of year (when I hit my L.A. Anniversary and blast it all over social media). And every year, in a different way, I try to reflect on my time spent in this city. I try to say something new about the life I built for myself in a place known for building you up as quickly as it tears you down. And every time the moral of the story is this: I'm in it for the long haul.


Having established a history here, I can now look back and distinguish three distinct eras of my Los Angeles life. They are as follows:

2002-2007: THE NEWBIE YEARS - Fresh-faced and naive, I paid my dues as an assistant of many kinds: production, art department, showrunner, executive. I bought into what was fashionable or trendy when I couldn't afford it, took things for granted, briefly dabbled in Friendster, became smitten with MySpace, and could make forty dollars in cash last for an entire weekend. (Primary Employment: Carsey-Werner and various productions)

2007-2012: THE ANGELENO YEARS - A little older, a little "wiser," I thought I knew shit. I gave parking advice and told friends which streets to take as a shortcut across town. I settled into my full-fledged Angeleno status. I Facebooked the hell out my friends. I also went through some growing pains. Post-quarter-life crisis, I found myself being slapped by Reality on numerous occasions. (Primary Employment: Anonymous Content and self)

2012-2017: THE JADED YEARS - I'm only half-joking when I say "jaded." Or am I? This is the period of my life during which I learned to let go and became more comfortable saying "no." Here is also where I made an effort to be more grateful for what I have and focus less on what I don't have. And if this sounds like I've been brainwashed by some self-help bullshit, then slap some handcuffs on me and charge me with being a cliche. (But seriously, shout-out to Mark Manson's The Subtle Art of Not Giving a Fuck). As a result, I can now look back at my life, connecting the dots to figure out why I am who I am. It's a pretty awesome thing, this getting older. (Primary Employment: Stun Creative)

I look back at these 15 years truly baffled by how quickly they went. If time flies when you're having fun, then by all means, bring on more of it.

And as much as people who don't live here joke about people who do live here, I can't express enough how grateful I am for those who have entered or passed through my life over the last decade-and-a-half. Just when I thought I was too old to make more friends, along came a few more. They're the good ones who prove that L.A. folk are more than just opportunistic, beach-loving health nuts whose hobbies include complaining about traffic. They're the ones who are also in it for the long haul, embracing this city for all of its perks and flaws and turning it into a place of their own.

If it's all about the company you keep, then I don't want to let go of mine.

Now, if you'll excuse me, I'm going to go outside and enjoy this beautiful, sunny day. Whether or not I'll break out in a song-and-dance number depends on how much traffic may be clogging up Santa Monica Boulevard...