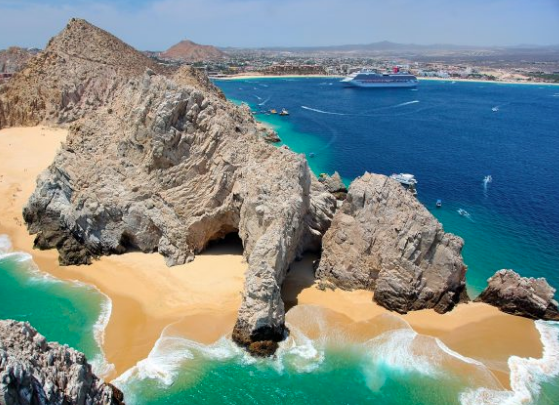 If you were to take the scenic coastal roads of Malibu, the decadence of Vegas, and the film festival prestige of Cannes, the result would resemble the Los Cabos of today. The southernmost tip of Mexico’s Baja California Peninsula has begun shedding its spring break reputation to become a highly regarded resort destination that’s luring some of Hollywood’s biggest names… 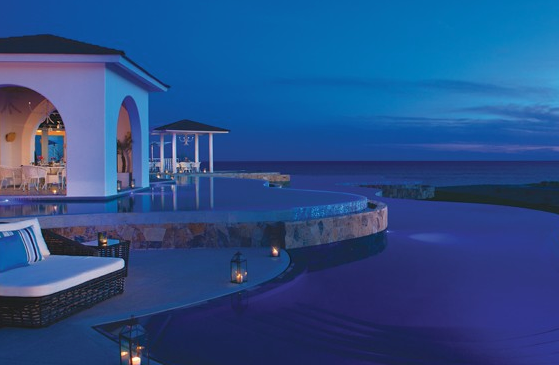 TO INFINITY (POOLS) AND BEYOND
At Secrets Puerto Los Cabos Golf and Spa Resort, there are plenty of reasons to never leave the premises. There’s El Patio, one of the many exquisite dining options available for guests (try the ceviche), a swim-up bar where a daiquiri a day could very well keep the sunburn away, and the Secrets Spa by Pevonia, where a deep-tissue massage could help you unwind after a day of puttering around the 18-hole course. 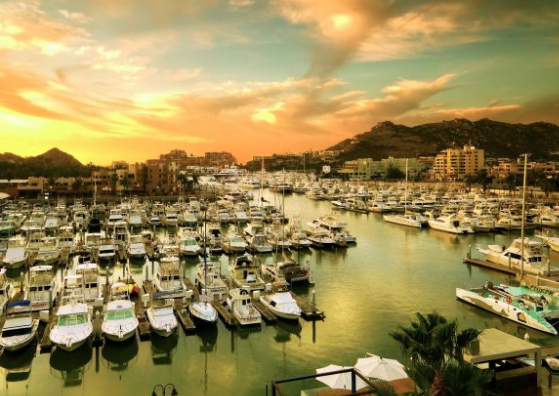 Take a La Gringa Catamaran at Chileno Bay and venture out to the iconic Arco Del Cabo San Lucas. Then, jump into the blue-green waters for an Instagram-worthy snorkeling experience before munching on some light bites and Bloody Marys on the top deck.

Grab some lunch at Panchos in Cabo San Lucas and savor some chicken mole from Puebla, carne asada from Sonora, tamales wrapped in banana leaves from Oaxaca, and fresh seafood of all types from the Baja. And after you hydrate with some delicious agua frescas, take a shot of rattlesnake-infused tequila from the giant jar sitting on the restaurant’s bar. Panchos is also known for housing the world’s largest collection of tequila as well as hosting weekly tastings during which guests can enjoy a lively discussion about the mythology, history, customs, and fabrication of pulque and mezcal. 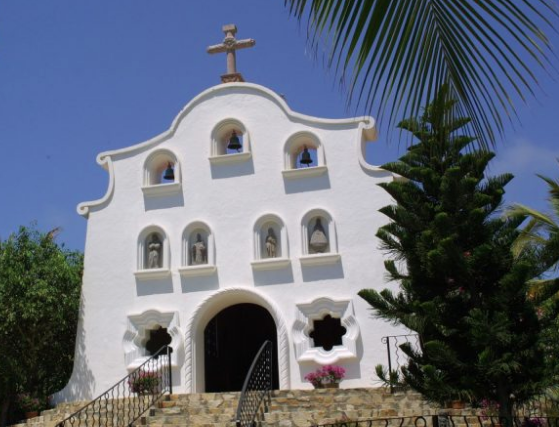 GOING TO THE CHAPEL

In the evening, make a stop at One&Only Palmilla, where you can sip some cucumber margaritas under twinkling lights while lounging in the courtyard at the bottom of the resort’s mid-century Chapel, an intimate venue (max capacity inside is 40) with whitewashed arched walls and a bell tower. This is the stuff exotic romances are made of. 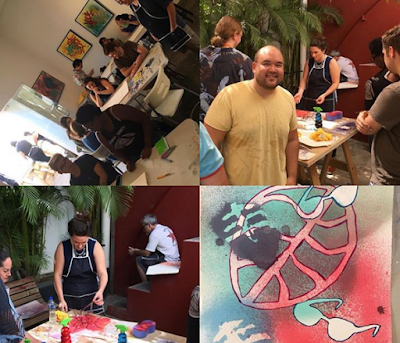 MASTER THE ART OF STENCILING

A drive into San Jose del Cabo near Plaza Mijares will take you to Intagrafia, a nondescript art gallery and studio where you can take a class taught by Mexican sculptor Nacho Gallardo (a.k.a. “El Nacho”), who contributed his work to the Los Cabos International Film Festival this past fall.

After taking in the breathtaking brutalist architecture of the massive lobby at Paradisus Los Cabos, we had the exclusive opportunity to visit the private crescent cove beach where wildlife preservationists guided us to a roped-off area where hundreds of newborn baby turtles were being prepared to be released into the ocean. 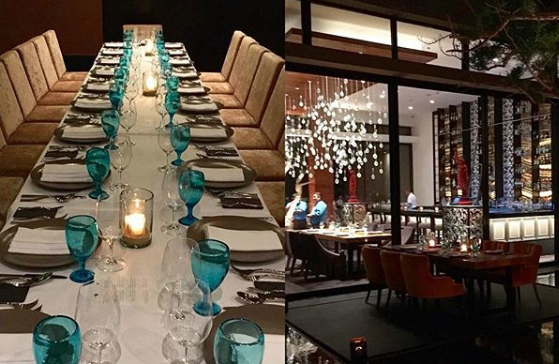 …at the exclusive Café des Artistes Los Cabos inside the palatial JW Marriott of Puerto Los Cabos. The carefully curated menu, overseen by Chef Thierry Blouet, is an elegant collection of savory dishes. Try the signature pumpkin cream soup with prawns (served in a carved pumpkin shell) and the mouthwatering short ribs that are nothing short of spectacular. 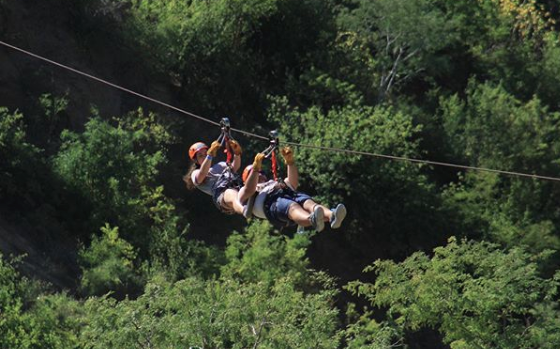 Located in the third fork of El Tule Canyon, Wild Canyon is an “adventure park” designed to appeal to thrill seekers of various levels. We hiked and zip-lined our way through a dozen courses (including a walk across a very long suspension bridge), soaring more than 300 feet above ground and taking in the views. Then our group recuperated at the park’s Lion’s Den Restaurant with some nachos, chicken fingers, and a cold mug of cerveza (beer, for those who never took Spanish). 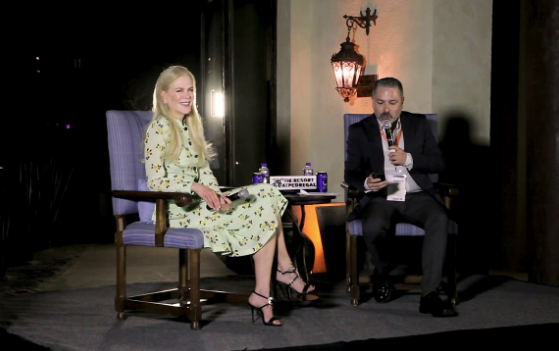 …AND BRUSH SHOULDERS WITH AN OSCAR WINNER

Behind the massive gates of the Resort at Pedregal is a small road that takes you through a tunnel lined with chandeliers underneath the rocky bluffs of Cabo San Lucas and leads you to a torch-lit courtyard where adventure, luxury, and relaxation awaits. This is where some guests, back in November, were fortunate enough to spot Oscar-winning actress Nicole Kidman making an appearance on the lobby’s terrace for an impromptu press conference for her film The Killing of a Sacred Deer, which was screening across the way at Pabellón Cultural de la República during the sixth annual Los Cabos International Film Festival.
@TheFirstEcho
reviews Travels