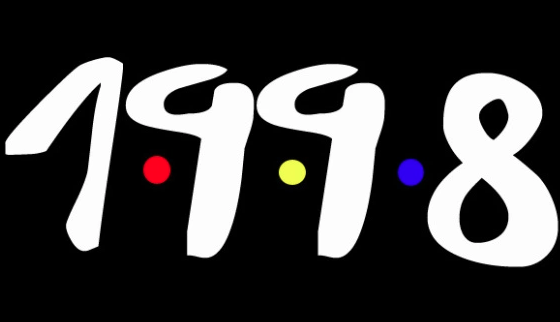 Friends, Buffy the Vampire Slayer, and The X-Files were hitting their peaks on the small screen.

Singer-songwriter Khalid, pop heartthrob Shawn Mendes, and Modern Family's Rico Rodriguez were all born. A British author by the name of J.K. Rowling published the second novel about a boy wizard called Harry Potter and the Chamber of Secrets. A former Mickey Mouse Club member named Britney Spears dropped her first single called "...Baby One More Time." And after the successful cloning of Dolly the sheep, 19 European nations agreed to forbid the cloning of humans.

1998 was another year during which lots of things happened. Celebrities died, disasters occurred, and scandals erupted throughout those 12 months.

And yours truly (gulp) graduated from high school.