Christina Aguilera's "Accelerate": A Transcription of My Reaction 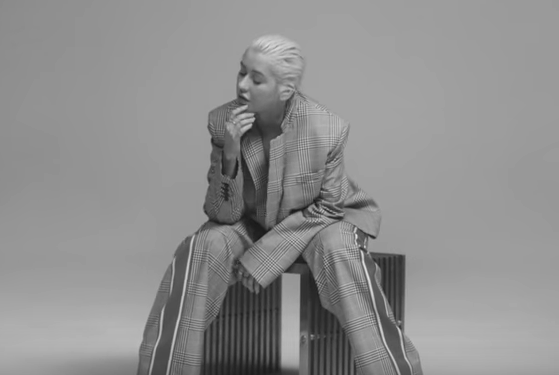 6:32am - So, before I play this, I just want to say that I had a dream about this, about listening to her new single, and it's what woke me up at the buttcrack of dawn. The excitement, like, woke me up, knowing a new Christina Aguilera song was debuting today. And in my dream, it sounded good! You ever dream about songs that don't exist yet? It was like a really good banger. Pulse-pounding beat. Powerful chorus. God, I hope this could be a summer jam. Okay, let's just press play.

6:34am - The video looks like leftover, repurposed footage from her Paper magazine photo shoot.

Okay, lips covered in glitter. I just know someone's gonna call her out for mimicking what Miley did for her Dead Petz album cover.

6:38am - This can't be the official single. I do like the cooing near the end with the hint of synths. It's very 90s. But this is not what I expected. What the f**k is she doing?

And yes, I'm all about her aesthetic for this era. She's not piling on the makeup, and she's so pretty without it. But this isn't about her looks.

And first of all -- and I know this is gonna sound like I'm defending her because she's my number one and all -- but I'd just like to say that Christina now represents an era long gone. When pop stars actually had vocals and didn't sound like moody ghost girls trying to haunt a house (I'm looking at you, Halsey and Lorde). Yes, come at me. Come. At. Me.

That said, this track does nothing for her vocals. Where does it go? Nowhere. I hate to say it, but it sounds like a B-side. Does anyone do B-sides anymore? Ugh, I don't even think this is worth replaying, and I was planning on having this on repeat all weekend while I'm in Palm Springs and lounging by the pool and everything. Ugh. Talk about anticlimactic.

6:40am - Why is she letting me down? Wait, she's not letting me down. She does have more. Liberation is coming out June 15. This CANNOT be representative of what the rest of the album sounds like, right? She'll for sure have a power ballad. God, Top 40 nowadays hasn't had a good power ballad. Because no one can do them. No one does them really.

8:09am - [searches Internet for other reactions]