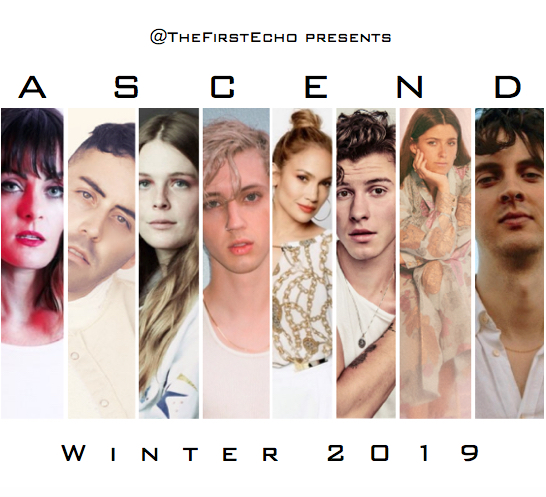 I'm a little late getting this out, and that's because it's been slim pickings out there during these winter doldrums. But I managed to find 30+ tracks to keep you warmed up while you try to hold onto those New Year's resolutions that will mostly likely fall through by MLK weekend. (Or is that just me?)

While Ariana was too late to make it on the previous playlist, Troye Sivan arrives just in time with a new single (and video), and new-to-me artist Roosevelt is wooing me with his neo-disco magic (see track 4). Then there are a few veterans who dominated the charts back in 1999: Backstreet Boys return with a new single, album, and tour while Jennifer Lopez has her Sia-penned anthem, straight from the soundtrack to her latest movie, Second Act. (That Vanessa Hudgens plot twist -- really?)