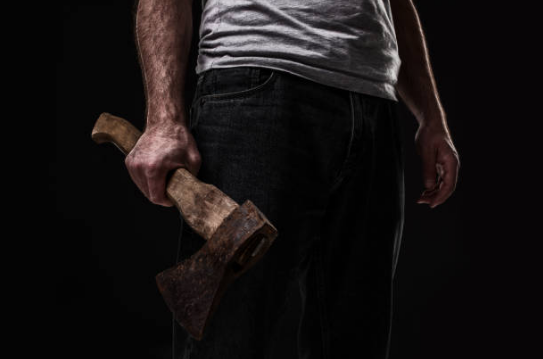 Some of you reading this may already know that I spent most of 2018 finishing my teen horror novel, Slasher Movie Girl, a passion project (for lack of a better cliché) more than two years in the making. Tapping into my obsessive knowledge of horror movies, I came up with an idea that was begging to be put to paper. And 80,000 words later, here we are.

The next hurdle was landing an agent, and I was fortunate to find one who believed in my book and appreciated the story I wanted to tell. After signing with a reputable lit agency, I spent the summer working on the unfinished chapters. Once I completed a round of edits, my agent felt the manuscript was ready to be sent out into the publishing world. And this past fall, the literary baby I had birthed was placed in the hands of faceless strangers who would determine its fate.

For the curious, below is the novel's plot summary from the pitch letter that went out to those strangers -- editors at publishing houses across the country:

18 year-old college freshman Heather Farnsworth is supposed to be a "Final Girl"--the last girl killed in a horror film. Except this isn't a horror film, it's real life. Heather, a virgin, is determined to finally get the attention of Adam Kozlowski, a bookish loner with a few secrets of his own.

After a lackluster freshman year, Heather and her friends escape to spend a weekend at a luxury cabin in the woods. The one condition of the trip: everyone must unplug and go completely off-grid, leaving their phones locked in a box in a shed in the woods.

When Heather volunteers to collect logs to start a fire one night, she finds herself on the end of a bloody machete--becoming the first victim of a masked killer who roams the forest. As a self-proclaimed horror movie fangirl with an encyclopedic knowledge of the genre, Heather should have seen this coming. Now reduced to a "human shish-kebab," Heather is beyond frustrated. She'll never know what it's like to kiss Adam or to legally buy a beer. And now she's stuck in some sort of purgatory, filled with regrets about what could have been.

Meanwhile, Matt Feeney, the hipster host of the weekend, entertains a trio of mean girls: Maya Vasquez, a Kardashian wannabe with a heart of gold, Olivia Ringwald, a former cheerleader who is smarter than she appears, and Phoebe Sutton, who worships Olivia. Olivia is also dating Max Reynolds, a meathead with too many shirtless Instagram selfies. And then there's poor Delia Brookhart, Heather's best friend, crushing on Tyler Kento...who happens to be in the closet.
Over the next 48 hours, Heather will reflect on her short, pop-culture-obsessed life while offering biting commentary on the horror movie genre and watching helplessly as her friends fall prey to the mythological masked madman. Even though she's just a ghost, can Heather somehow use her knowledge of scary movies to help her friends survive the weekend? 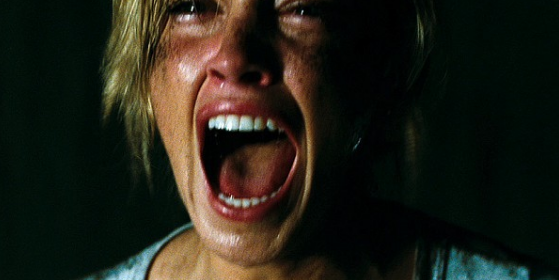 Slasher Movie Girl takes the bloody body count of Friday the 13th or Scream and reveals what life is like -- from the afterlife (in the vein of The Lovely Bones or If I Stay). The narrative occasionally switches perspective to present the thoughts of Heather's so-called friends. By the end of the story, stereotypes will be shattered and secrets will be revealed in a cabin in the woods that none of these characters will want to revisit.

After reading the pitch letter and proposal, interest was piqued, and a number of editors requested to read the full manuscript.

I now welcome any kind of response at this point, especially since this story has been living inside my head for the past two years, and sharing it with fresh pairs of (professional) eyes may be able to offer some new perspective on what I hope will be an good sell.

I realize this is an ongoing process; a debut author doesn't just hit it big overnight.

Here's to whatever comes next.