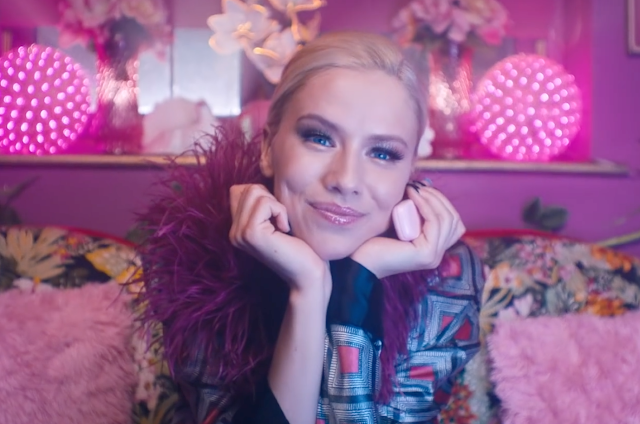 Sure, Lady Gaga's "Stupid Love" just dropped, but I'm kicking off my birthday month with the latest from Dagny, the 29-year-old Norwegian pop starlet who's known for producing unabashed bops that you can't get out of your head.

Case in point: "Come Over." This sparkly single premiered last month, and it is simply a breath of fresh, poppy air. It's also a theme song on the ever-shuffling soundtrack of my life, one that pretty much encapsulates the last several months of this grown-ass, lovelorn adult male who's been feeling ultra contemplative and sentimental. It's basically ripe for a YA rom-com on Netflix.

Check out the adorable music video:

Then there's "Some Kind of Wonderful" from MOBS, the Australian group I've been obsessed with ever since they dropped a pair of EPs back in 2017 and 2018. This track was my jam back then, but since dropping their original label, it was nowhere to be found, and I was properly devastated.

Luckily, the nostalgic pop band signed with a new indie label (hi, Rude Records!) and came out with an official debut album, Cinema Paradiso, a collection of throwback jams that each take on the point-of-view of a character from an 80s or 90s movie (yes, it's as awesome as it sounds).


@TheFirstEcho
Email Post
Labels: Get to Know music theme song of the month