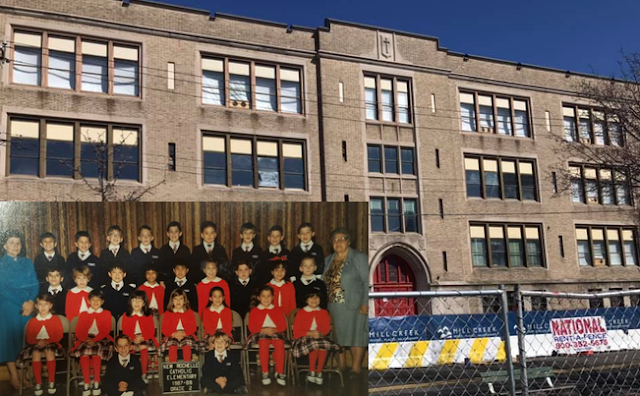 2020 is already proving to be an emotionally challenging and bizarre year -- to put it mildly.

Barely three months in, our world is being filled with near-dystopian levels of absurdity. While watching an increasingly corrupt and inept administration fumble through the dawn of a global pandemic (the likes of which have already claimed the health of national treasure Tom Hanks), I recently learned that Blessed Sacrament Elementary, the school I attended from the ages of 4 to 14, will be demolished to make way for (what else?) modern, state-of-the-art residences. These sleek and stylish apartments (see a rendering below) are to accommodate the influx of Manhattan commuters who have been gradually populating the downtown sector of my hometown, New Rochelle, New York...which also happens to be the location of the first COVID-19 containment zone in the U.S.

But this isn't about the coronavirus and the panic it has rapidly spread, prompting everyone and their Boomer parents to go out and hoard rolls of toilet paper and bottles of hand sanitizer.

This is about the place that was the central hub of my education for a decade, housing hundreds of (arguably) good little Catholic boys and girls. The building at 24 Maple Street will be no more. It shall be wiped off the face of the planet. And it is hitting me harder than I thought.


Upon learning the news, I was immediately invited to join two separate Facebook groups for alumni mourning the loss of a beloved institution. I saw a few familiar faces of former classmates who had already friended me years ago. I took this opportunity to dig up old yearbooks I acquired from a previous visit to my parents and post photos of several pages. A deluge of memories and comments followed.

My former principal, a petite powerhouse of a woman I remember, wished me well. Cut to: me flashing back to Mrs. Ramunto announcing my name as the 1st Place winner at the school science fair for my project on...mental illness (take that, basic volcano display). Then, my former art teacher, Mrs. Baron, expressed her gratitude when I expressed my gratitude for her support as the faculty moderator of The Cardinal Chronicle, the school's very lo-fi newspaper, an extracurricular activity that would inform my career as an entertainment writer. Cut to: me flashing back to editorial meetings in the library where I wrote book reviews on the latest R.L. Stine thrillers and created a serialized rip-off of Beverly Hills, 90210 called New Rochelle, 10805 (I was a budding prime-time soap fanatic).

I rode this nostalgia wave even further when other classmates of mine posted more photos and more memories of the place that represented so much of our formative years. I soon learned that my social studies teacher, the strict-but-caring Mrs. Vecchio, had passed away in 2018. I then had a sudden urge to look up my seventh grade homeroom (and English) teacher, the inimitable Mrs. Chianese, but that proved to be a futile attempt; all I got was a wedding announcement pertaining to her daughter and an obituary for her father.

Mrs. Chianese was (is) the teacher I will never forget because she is my all-time favorite, a woman who could command a classroom with a dynamic energy that stimulated all of our imaginations. Her grammar lessons took on the format of a game show called "Idiots vs. Imbeciles" during which teams had to correctly form the syntax of a sentence. She constantly fostered creativity through writing sprints she conducted every week, providing us with a pair of completely random and unrelated words that we had to use as the basis for a short story. I accepted every challenge with zest. And every so often she would chat with me about whatever paperback novel I was reading at the time because I always had it prominently displayed on my desk like the insufferable bookworm I was. (Turns out we both shared an appreciation for Anne Rice's Queen of the Damned.)

I plan to dedicate my first novel to Mrs. Chianese. 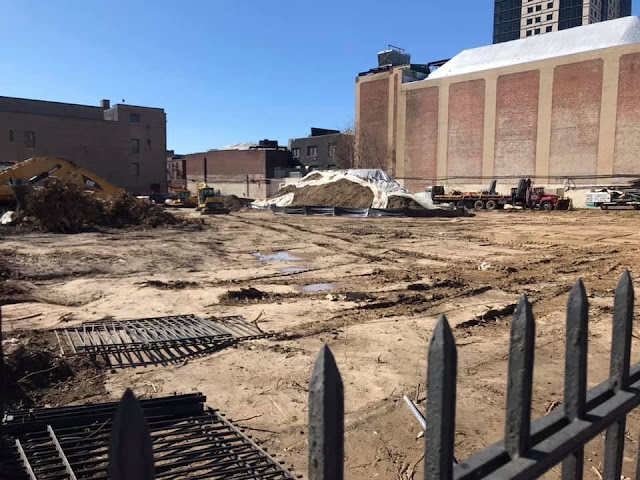 Back in 2007, Blessed Sacrament Elementary had closed its doors for good, and I was certainly sad to hear about it. The New York Archdiocese had shut it down because of dwindling enrollment, so the news of the building's own demise this year seemed inevitable. However, this news is a final nail in a coffin I never knew existed. Seeing the progress of its deconstruction from across the country -- via Facebook posts -- feels like a different kind of hurt. Knowing that this building will no longer physically stand on the block of my well-tread neighborhood (I grew up one block away; my commute to school was an eight-minute walk) is somewhat devastating in its own way.

It also doesn't help that all of this coincides with a milestone birthday of mine (as if turning 40 wasn't jarring enough). It's like the world is smacking me and my fellow members of the Class of '94 in the face with yet another reminder that we're no longer the carefree pre-teens who once bounced along to Naughty by Nature and Mary J. Blige in the auditorium during school dances and obsessed over the latest cliffhanger on Melrose Place. (FYI, seeing Kimberly come back from the dead to get revenge on Michael was the biggest shock in 13-year-old Hiko's life.) 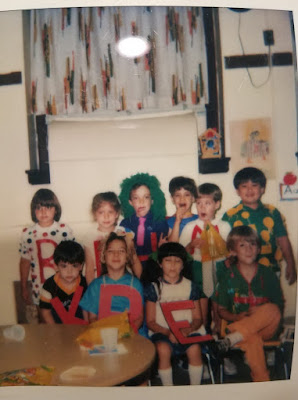 In other words, we're officially grown-ass adults now. This is it. It's shitty, it's scary, but we'll move on with our lives and continue to enjoy the good stuff that comes with being official grown-ass adults.

When I bid adieu to New Rochelle in 2002 to make the permanent move to Los Angeles, it was bittersweet but necessary; I was ready to take on "the real world" and start a new life, just like most fresh-faced college grads.

Fifteen years later, when my parents sold my childhood home and migrated to Florida like any good retirees, another emotional layer was added; I didn't have the security blanket of a home I had known for over thirty years to wrap myself up in during summer and holiday visits.

And now, as I say a virtual goodbye to the hollowed structure that represented so much for so many, I feel the urge to pick my sentimental ass up and redirect my focus on what's ahead -- like adjusting to my new position at my company, possibly buying a home, visiting my folks next month, traveling to the Caribbean later this year, and making more memories. Y'know, grown-ass adult shit.