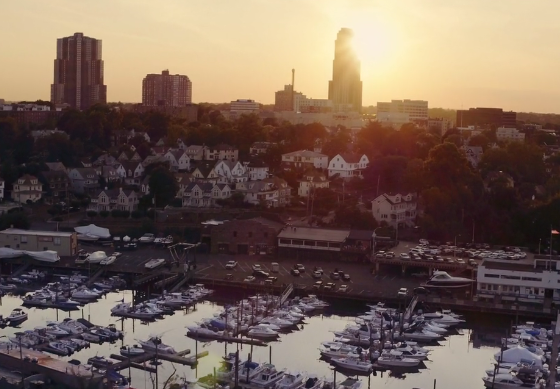 It's one thing when you move away from home after college to pursue your dreams and go make something of yourself in the big and scary Real World. However, it's an entirely different emotional experience when your parents make their own move after calling the same place home for the entire duration of your life.

Yes, after much deliberation and time spent in Florida, my snowbird parents have decided to sell my childhood home and permanently remain in the Sunshine State.

Never have the words "end of an era" rung so true.

I've called New Rochelle, New York "home" my entire life, even after 15 years of residing 2,805 miles away in Los Angeles. Virtually every pre-L.A. memory stems from this "Queen City of the Sound." And as I write this, a small part of me still expects to go back to that apartment on Centre Avenue for my annual Christmas visit come December, but it will take some time for the reality to set in and force me to realize that I'll have to book a flight to a different destination for a different kind of holiday celebration.

I was fortunate enough to give my childhood home a proper send-off when I flew back to New York to help with the packing and preparations for the big move, Naturally, I couldn't help but reminisce and review every memory that came flooding back to me. 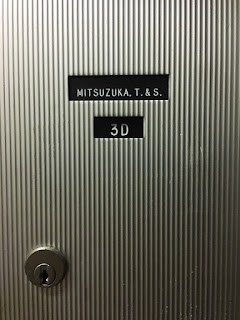 I didn't just go down Memory Lane; I took my time strolling down a multi-laned Boulevard of Nostalgia. In my mind, these memories manifested like holograms of my past self walking through the spaces of Apartment 3D in the pre-war building that had become the epicenter of nearly every Thanksgiving and Christmas for every cousin, aunt, uncle, grandparent, sibling, and friend of the family. (And let's not forget those weekly meatloaf dinners my mom hosted throughout the late 80s and early 90s.)

I saw my 11-year-old self staying up late to watch scary movies (rented from Blockbuster Video) in the living room with four of my friends during one of several birthday slumber parties. I saw my 10-year-old self sitting at the dining table, passionately writing short stories in a five-subject spiral notebook (my Friday the 13th ripoff, Camp Nightmare, lasted through ten installments, one prequel, and one reboot). I saw my 9-year-old self sitting at the desk in my room, putting the finishing touches on a model train station while getting a little woozy from the superglue.


I saw my 7-year-old self playing with countless Hot Wheels and Matchbox cars on the then-carpeted floor of the living room while the radio played songs like Level 42's "Something About You" and Donna Summer's "She Works Hard for the Money." I saw my 17-year-old self coming home from school with my friend James and opening the mailbox to find my acceptance letter to Boston University...and a rejection from NYU.

And these memories weren't just limited to the enclosed spaces within that apartment... 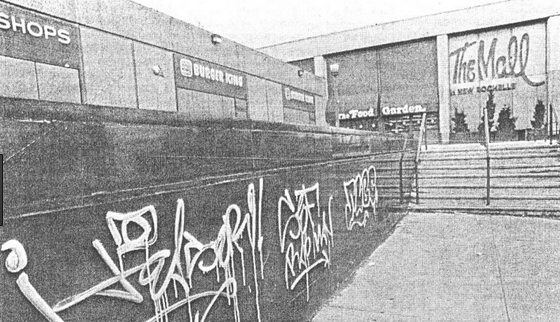 I flashed back to The Mall at New Rochelle (above), where my 10-year-old bookworm self discovered his first R.L. Stine novel in the Friar Tuck Bookshop (Halloween Party, the eighth book in the Fear Street series) before the entire place fell into decay and was torn down in the mid-90s. Subsequently, I remembered the pre-Y2K opening of the brand-new New Roc City entertainment complex. 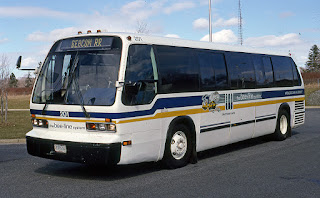 I remembered the original Thru-way Diner, where, at the age of 8, I asked my mom about the meaning of "the birds and the bees" and where, at the age of 20, my family gathered for a farewell breakfast before I flew off to Europe for a semester abroad -- with my first cell phone.

I remembered barbecues, beach days, and picnics at Glen Island Park, where I worked in the park office for two summers.

On my last night I took a late-night drive down North Avenue and remembered riding the Bee-Line bus on that same road every morning during my freshman and sophomore years at Iona Preparatory. Coincidentally, as I drove my mom's hatchback down other familiar streets of New Rochelle, 95.5 WPLJ began playing "flashback" tracks that included Mariah Carey's "Always Be My Baby" and Backstreet Boys' "Quit Playing Games (With My Heart)," tunes from my teen years. It was as if the city was sending me off in its own way, providing a soundtrack for my nostalgia-heavy trip.

In other words, I became sentimental AF.


I didn't sleep well on that last night I spent in the bedroom where I grew up. It was hard for me to imagine that, weeks from now, a stranger would occupy this space and begin her own new chapter. If this were the series finale of a TV show, Semisonic's "Closing Time" would start playing.

Saying goodbye to my childhood home was a bittersweet rite of passage I knew was inevitable, but perhaps there was a part of me that still clung onto the hope of having this place as an anchor that would always bring me back to my roots, my "origin story." But then again, it's not like I can't come back; I still have plenty of family and friends to visit in New York (not to mention a high school reunion that's not too far off, because old).

But ultimately, what this is all painfully represents is the true loss of a childhood and adolescence. And it's not just about me. It's also the beginning of different kind of chapter for my parents. And with that comes a certain uncertainty I know I shouldn't dwell on. As much as we share, I can't truly fathom what they must be going through.

Since I've been given the chance -- and plenty of time -- to look back, it is now time to look forward. Forward to my parents starting a new, hopefully easier life. Forward to continuing my own life story in a city I love, a city I've proudly called home for 15 years (of course, that anniversary blog is coming shortly). Forward to visiting Florida and hearing my mother make alligator jokes. Forward to holiday visits that won't require me filling my luggage with winter clothes.

Farewell, Apartment 3D on Centre Avenue. If your walls could talk, I'm sure they'd have a lot more to say that what I've written here.

Thanks for harboring 31 years of memories.