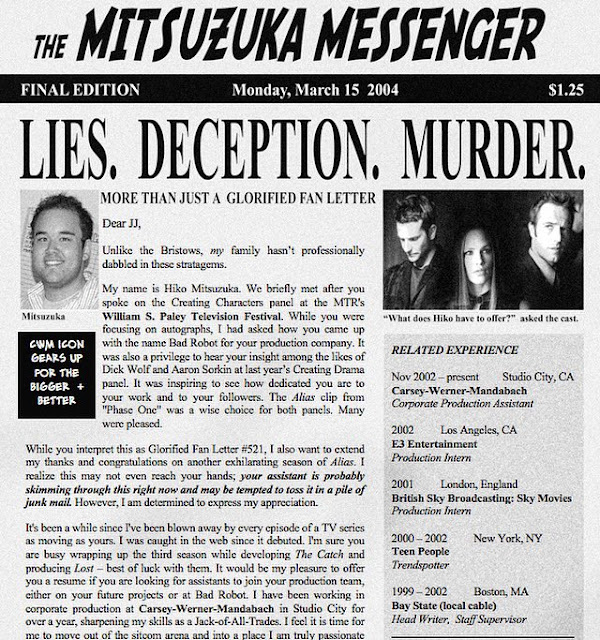 Your early 20s are for being obnoxiously ambitious enough to get a friend to design your cover letter and resume for television writer-producer-director extraordinaire JJ Abrams.

Little did I know that, one year later, I would “accidentally” cut him in line at the sushi bar inside the afterparty for the premiere of Star Wars: Episode III.