Christina Aguilera's 'Stripped' at 20: Filth-Forward and Prescient Pop at Its Finest 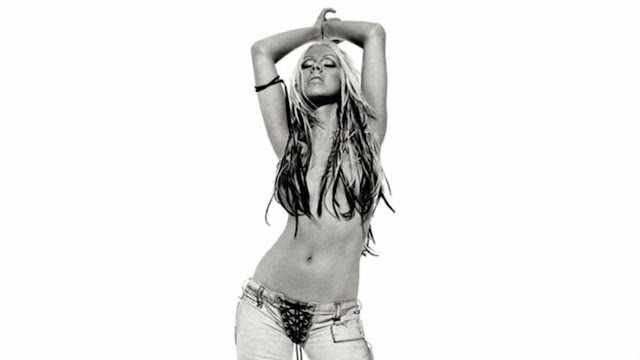 The Village Voice called it "nü-Mariah on mood stabilizers, extended with pseudo-pastiches of semi-popular songs." Entertainment Weekly's David Browne gave it a C+, saying its singer was "afflicted with Premature Serious Artist Syndrome" while exhibiting "plenty of elastic skill but little joy." And over at Slant Magazine, Sal Cinquemani commented that it was "overproduced and overwrought."

In October of 2002, Christina Aguilera's Stripped, the highly anticipated follow-up to her 1999 self-titled debut, was released to mixed reviews, especially as critics (and the zeitgeist) were still nursing their collective hangover after witnessing the jarring visuals from the music video for the album's grimy lead single, "Dirrty." (The Guardian: "majestically filthy.") The 20-track collection was undeniably ambitious in scope, blending R&B, rock, gospel, jazz, and power pop in a way that fans hadn't experienced before.
Back then, we knew Stripped was a wake-up call aimed at Aguilera's followers and the music industry. It was the then 21-year-old's attempt to break free from the Teen Pop mold that had a chokehold on her and her peers at the turn of the 21st century. (*The album also happened to inspire this writer, then 22, to venture into the real world after graduating college and living on his own in a new city.)

The introductory track made the message abundantly clear: "Sorry you can't define me / Sorry I break the mold / Sorry that I speak my mind / Sorry don't do what I'm told." Behold "Xtina" and her bold, new aesthetic! In trite terms, it was the loud-and-proud transformation of a sugary-sweet pop princess into a feisty, cornrowed, assless chaps-wearing wild child who did whatever the f**k she wanted.
Of course, hindsight is always an interesting thing, and Stripped now represents so much more. And to understand just how much more, we need to take into consideration the pop culture climate at the time of its birth. The fall of 2002 was an awkward time in America. We were still recovering from nationwide trauma and bracing ourselves for the one-year anniversary of 9/11. We were in need of a release, a distraction from the dark times the 21st century was threatening. One such distraction was the allure of reality competition television; we crowned our first American Idol, giving us a new sense of entitlement as pseudo-gatekeepers for new artists.

And twenty years ago, we still didn't know how to handle or react to a young female artist who dared to take the reins of her career and steer herself in a bold new direction. Rare at the time was a singer her age who had the gall to experiment with such range. She was damned if she stayed in her lane, and she was damned if she moved away from formulaic fodder – a catch-22 built on the foundation of a veiled misogyny that was still alive and kicking in 2002. And now? We're so glad she took the risk. 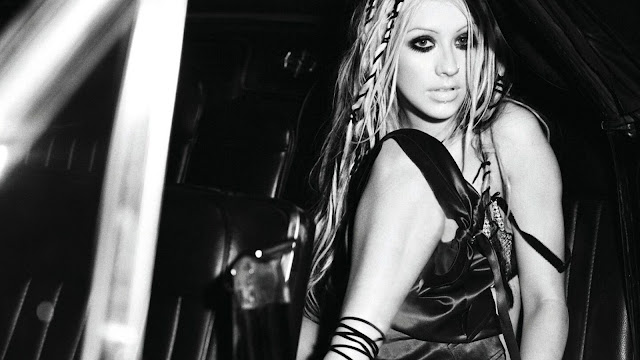 Such reinvention became a useful strategy at the start of the 2000s. Alumni of the Teen Pop Boom of the late 90s were taking chances with their images and musical stylings. NSYNC's second album celebrated the boy band's liberation from the shady puppeteers that did them wrong; it was aptly titled No Strings Attached (2000). P!nk's Missundaztood (2001) was a refreshingly daring collection of hits that was the result of her collaboration with Linda Perry. Even Mandy Moore's self-titled follow-up (2001) experimented with–gasp!–Southeast Asian sensibilities before the term "cultural appropriation" was thrown around.

These young acts had learned a thing or two during their first outings. They wanted to prove that they were no one-hit wonders. Call it the New Millennium Effect. Not only was it a new decade, it was a new century, and there seemed to exist an air of ambition never felt before in pop music. Rules were broken, risks were taken, and record labels were defied.

But no one did it on such a level like Christina. In retrospect, Stripped is possibly the most criminally underrated pop album of the 2000s. It's, to use the title of one of the album's tracks, underappreciated. While Britney carried on with her not-that-innocent antics, and other imitators pumped out vapid singles, Christina defied expectations. Rather than spit out more factory-made fluff, Aguilera took three years to perfect an album that she could be proud of, paying homage to her musical influences and helping her boldly stand out from the litter of like-minded TRL acts.

As a result, Stripped was a declaration of independence that has undoubtedly influenced pop's female artists of the past decade. Selena Gomez made it known that she took a page from Christina with her 2015 album Revival; the album's cover is actually an homage to Stripped's provocative black-and-white pic. Demi Lovato's Tell Me You Love Me earned high marks from Christina for its deeply personal content and vocal range. And even Miley Cyrus shed more than her golden locks during her Bangerz era at the end of 2013. Stripped ultimately paved the way for current pop that celebrates and pushes individuality, positivity, hopefulness, and above all else, confidence. (Hi, Lizzo and Ava Max.)

.@AvaMax cites Christina Aguilera as one of her influences:

“I always sang songs with big vocalists in it, like Christina Aguilera, so my entire life I knew that I always wanted to do it that way, that I wanted to express myself with my voice.” pic.twitter.com/5zT4aJpR3F

What was once criticized as a schizophrenic mess can now be applauded as a showcase of vocal versatility and a maturity beyond her years. Aguilera turned hip-hop-flavored dance anthems, rock-tinged foot stompers, and inspirational ballads into her calling card for future reference.

That said, from the deep cuts to the chart-toppers, every piece of Stripped deserved a chance in the spotlight. It's one of those rare albums that can be played straight through without skipping a track. Every song works in its own compelling way:

"Can't Hold Us Down" is not only the album's thesis statement, it's a battle cry, exposing the double standards in pop music (and society), featuring Lil Kim, Xtina's fellow femme-fatale-in-arms from 2001's "Lady Marmalade," and it is as relevant as ever. Billboard asked, "Who else was talking like that and owning it with an equally open and sexually positive image in 2002?"

"Walk Away" is a slow-burn confessional about resisting seduction. "Your love was like candy, artificially sweet/ I was deceived by the wrapper," she coos. "Fighter" picked up the torch left by Destiny's Child's "Survivor" and gave music supervisors of boxing movies a track to play during their inevitable training montages. Meanwhile, the mega-hit, "Beautiful," which earned Aguilera a Grammy for Best Female Pop Vocal Performance, became the anthem for literally everyone on the planet.

"Infatuation," Christina's excuse to capitalize on her Latin roots, is also a love letter to the bad boys she tended to attract while she was amping up her image and creating fodder for the tabloids. "Get Mine Get Yours" is an ode to sexual exploration in which Xtina unabashedly demonstrates that she is DTF, delivering an anthem for one-night stands everywhere. On R&B slo-jam "Loving Me 4 Me," she channels her inner Janet Jackson. "Impossible" is a surprisingly intimate jazz lounge number that soars with the help of producer and pianist Alicia Keys. "The Voice Within" was practically written and produced for the closing credits of an underdog movie.

The rest of the album continues to crackle with energy and fly with emotion. "Make Over" is a surf-rock-friendly shriekfest courtesy of songwriter Linda Perry, who taught our girl how to both gritty up and reel in those powerhouse vocals. "Cruz" proves to be a harmonious power ballad perfect for road trips, the kind that celebrates leaving all your troubles behind. "Soar" is not only a track that appeared in the trailer for Jessica Alba's Honey (you know you remember it), it is a source of inspiration, delivering a hopeful message via Mariah-esque theatrics. And finally, with "I'm OK," no one expected Christina to sing a song about domestic abuse, but here she is, confronting her childhood demons and delicately venting to the world with vocals that never sounded so vulnerable.

One can only hope Christina Aguilera's legacy inspires more empowering, exciting artistry. And if it calls for another attention-grabbing stunt like assless chaps bouncing across a boxing ring and into our collective pop consciousness, then so be it.