When you think of Tokyo, images of neon signs, bicycling commuters and crowded streets may come to mind, bringing up an urge to rent Lost in Translation. I haven't visited Japan's capital in over 5 years, but I do remember that it's roughly the size of 4 Manhattans squished together - with opposite-side driving. Pretty intense.

Tokyo Nobody is a book exhibiting the work of Japanese photographer Masataka Nakano. All of his photos are taken in and around Tokyo, the key point being that not one person can be seen in any of them. It's definitely an interesting sight to see some major areas of the world's largest metropolis in such an unusual and eerie state. There's one shot of a carless highway running through a downtown sector that would look great above my living room couch. Just saying. 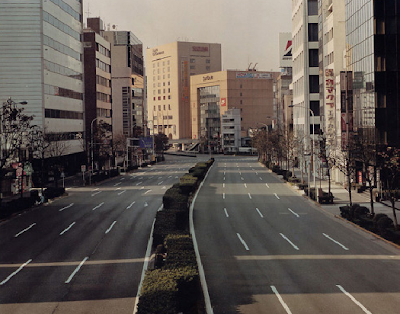