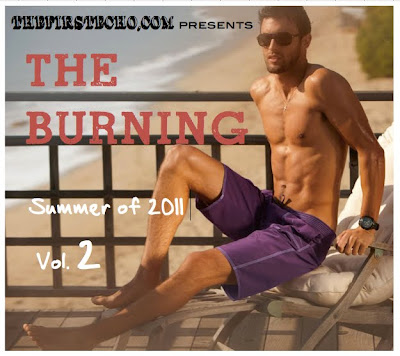 Because one mix is not enough to keep you quenched and satisfied while things are just starting to sizzle...

Here are thirty (30!) more tunes to load up on your iThingy and add to what's proving to be one megasoundtrack for the Summer of '11:

1. "Moves Like Jagger" by Maroon 5 feat. Christina Aguilera - First, a little electro-funk from a pairing I didn't know would work so well.


2. "Marry the Night" by Lady Gaga
3. "Dirty Dancer" by Enrique Iglesias feat. Usher & Lil Wayne
4. "Super Bass" by Nicki Minaj
5. "Helena Beat" by Foster the People - The alt-pop anthem of the year. There, I said it.


6. "You Make Me Feel" by Cobra Starship feat. Sabi - Irresistible Red Bull-fueled trash.
7. "Hypnotico" by Jennifer Lopez - From her latest CD, this bonus track was written by Lady Gaga and deserves to see the light of play.
8. "Unfriend You" by Greyson Chance - I've said it before, and I'll say it again: This kid kicks Bieber's ass. How come no one's talking about this underrated single? Listen here.
9. "Every Teardrop is a Waterfall" by Coldplay
10. "Save the World" by Swedish House Mafia - And the video just makes it better.


11. "Notorious" by The Saturdays
12. "Sexin' on the Dancefloor" by Cash Cash
13. "She Ain't You" by Chris Brown
14. "What a Feeling" by Alex Gaudino feat. Kelly Rowland
15. "Love Love" by Take That
16. "Still Got Tonight" by Matthew Morrison
17. "International Love" by Pitbull feat. Chris Brown
18. "Right There" by Nicole Scherzinger feat. 50 Cent
19. "Little Bad Girl" by David Guetta feat. Taio Cruz
20. "Best Thing I Never Had" by Beyonce - The best thing she should've released as a first single from her forthcoming album.
21. "Whiplash" by Selena Gomez and the Scene - Britney wrote it, and although one may prefer to hear the Femme Fatale sing it, the Disney princess does an admirable job.
22. "Glad You Came" by The Wanted
23. "Stereo Hearts" by Gym Class Heroes feat. Adam Levine
24. "Hair" by Lady GaGa - The other uplifting pop anthem featuring the late and great Clarence Clemons.
25. "What I Know" by Parachute
26. "Wonderman" by Tinie Tempah feat. Ellie Goulding
27. "Not Over You" by Gavin DeGraw
28. "Golden Train" by Penguin Prison
29. "Burning Up" by Nick Carter feat. Briton Briddy Shaw
30. "Scary" by Britney Spears - Sure, "I Wanna Go" is the single du jour, but try this Japanese import on for size.