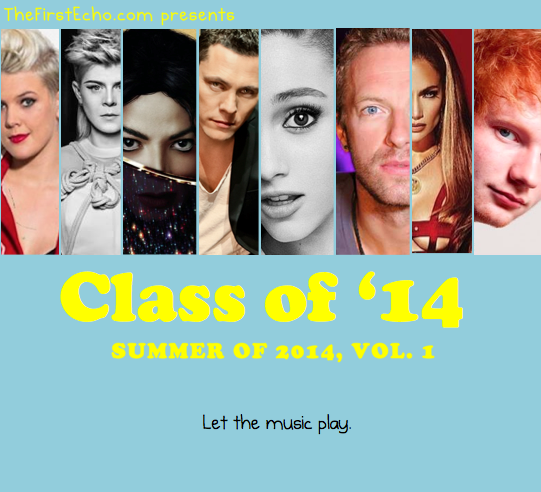 Break out the Speedos and fire up the grill.

Sure, Memorial Day weekend may have kicked off summer, but the following playlist is keeping up the momentum. These 20 tunes will be blaring from coast to coast, especially when I embark on a 6-city-12-day road trip at the end of June (hello Chicago, Columbus, Toronto, Montreal, Boston, and New York)...more on that later.

Let's get started, shall we?

1. "Rude" by Magic! - I feel for the girl's father on the receiving end of this song, a whiny guy's plea for a blessing that'll never happen if he keeps up the crooning.

2. "Problem" by Ariana Grande feat. Iggy Azalea - The pop culture pundits have already called this rumpshaker the Song of the Summer, and who can blame them?

3. "First Love" by Jennifer Lopez - Give it a few listens, and you'll be sucked into the Max Martin-produced soundscapes that are somewhat reminiscent of Xtina's 2012 underrated "Your Body."

5. "All of the Stars" by Ed Sheeran - Straight from the soundtrack of The Fault In Our Stars. If you listen closely, you can hear the sound of a million Kleenex tissues being pulled from boxes.

7. "Glorious" by Foxes - After listening to previous singles "Holding Onto Heaven" and "Let Go For Tonight," this Brit's debut album is possibly the biggest surprise of 2014.