Nerdgasm of the Week: 5 Plot Details About 'Jurassic World' 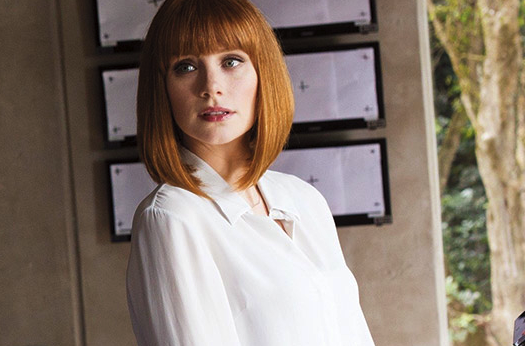 Entertainment Weekly is on Rumor Patrol and confirmed the leaked deets on the dino sequel that stomps into theaters next summer.

Crafted PR stunt? Who knows? One thing's for sure: I'm liking where director Colin Trevorrow is taking this...

1. Jurassic World picks up 22 years after the original Jurassic Park.

2. It takes place in a luxury zoo/park on Isla Nublar that allows 20,000 visitors each day to see dinosaurs roam the earth.

3. But people are already growing bored by the experience, and the park is looking for ways to spice — and splice — things up with a new genetically-enhanced dino. “We imagined a teenager texting his girlfriend with his back to a T-Rex behind protective glass. For us, that image captured the way much of the audience feels about the movies themselves. ‘We’ve seen CG dinosaurs. What else you got?’”

4. The new breed of dinosaur is “bigger, louder, with more teeth,” but it’s not some “mutant freak.” “We aren’t doing anything here that Crichton didn’t suggest in his novels,” wrote Trevorrow. “It doesn’t have a snake’s head or octopus tentacles. It’s a dinosaur, created in the same way the others were, but now the genetics have gone to the next level. For me, it’s a natural evolution of the technology introduced in the first film.”