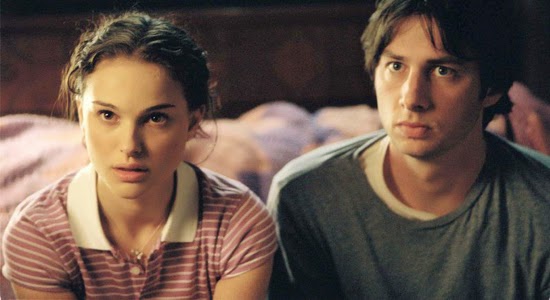 Zach Braff is about to release Wish I Was Here, his directorial "thematic follow-up" to 2004's Garden State, a movie that resonated with many twentysomethings back in its time, including yours truly. And to celebrate Garden's upcoming 10th anniversary later this summer, I wanted to revisit the feelings and experiences I had when this film was originally released.

There appears to be much disdain for Garden State now. People who loved the film a decade ago balk at it now, calling it a pretentious piece of woe-is-me crap about self-involved youth. But isn't being in your 20s all about being preoccupied with trivial concerns? Are these recent criticisms simply a result of a group of people growing up and looking back on a time they don't really want to remember?

Watching it again, the movie holds up quite well. There are nuances and details you may not have picked up on the first time around. Just like Jesse David Fox did when he wrote his Vulture piece defending the movie's relevance last year:

Why it still resonates and has a special place in my overstuffed heart is because it's a time capsule, representing a time in my life when (I thought) I was just starting to get the hang of being a Twentysomething. There were the lines of dialogue that stuck in my head ("Maybe that's all family really is: a group of people that miss the same imaginary place."). There was the achingly poignant soundtrack (Frou Frou's "Let Go" still strikes me to this day). And for the first time in a long time, it was a movie that truly spoke to me, beautifully capturing through its indie charm what I was going through, what I was thinking and feeling. Maybe, in another ten years, opinions will shift again and view this film as a hallmark GenY classic. Maybe.


The movie's been accused of being "a poser." Maybe so. But it's only because that's what twentysomethings do. They distract themselves with petty shit as a way to avoid the inescapable reality that they're official adults now, that they will have to eventually grow the f**k up.

I, as a wide-eyed Los Angeles newbie in 2004, could've been seen as a poser. I admittedly tried to emulate the L.A. I thought L.A. was at the time. I made dinner reservations at Ashton Kutcher's restaurant on Melrose (anyone remember Dolce?). I bought overpriced ironic T-shirts -- but never a trucker cap, thank God. I obsessed about brunch at Toast on 3rd Street. And I even met friends for cocktails at The Standard, just because.

Looking back, I probably indulged in these things because reality kept slapping me in the face that year. I had quit my first "real world" job because it was going nowhere. I had jumped into the freelance world for the first time and subsequently experienced my first bout with unemployment. And earlier that summer, my father suffered from a stroke, waking me up to my parents' mortality.

Garden State came around at the right time. And for that, I am grateful.

Now, if Braff's Wish I Was Here has any comments about the Thirtysomething Experience, I will gladly look forward to what it has to say.