Revenge of the Husky 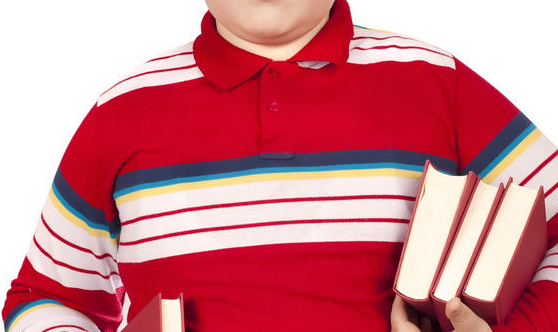 According to Wikipedia, it’s “a general name for a type of dog used to pull sleds in northern regions,” like Alaska. These canines are described as “energetic and athletic,” able to pull heavy loads through harsh, wintry terrain.

“Husky” was also the name of the section in which I had to shop for my Catholic school uniforms at Liebman’s Children Clothing in my hometown. The store is somewhat of an institution, dressing thousands of boys and girls in southern Westchester County since 1927, so perhaps the term “husky” was an acceptable description back then for boys of the “big-boned” variety. Today it just seems like a blatantly polite substitute for “The Fat Kid Rack.”


Nothing makes you feel more insecure than your clothing size being ironically labeled after an "athletic" animal, and nothing makes you feel more like an outcast than having your school uniform be located in the eerily quiet basement where they store the creepy, defective mannequins. While some of my classmates modeled their new sweaters and skirts for their smiling parents up on the street level of the store, I was relegated to what was essentially a dungeon for The Unusually Sized. A dungeon full of clearance racks and rejected outfits that would never find homes in the closets of the boys and girls of New Rochelle.

Having a pair of dead eyes stare at you while attempting to squeeze into a pair of gray slacks does nothing for the self-esteem either.

At the start of the school year 1990, I was entering the fifth grade at New Rochelle Catholic Elementary. I was excited to get my new uniform because this was the year I became an upperclassman, which meant my pants graduated from the requisite navy blue to gray – just like the rest of the sixth, seventh, and eighth graders. I was on the cusp of becoming a full-fledged junior high student, and that one step closer to parochial maturity made me feel good. I was a big boy now, figuratively and literally.

While my mother kept herself busy looking for new socks I desperately needed (damn growth spurt), I trudged downstairs to the windowless basement to find my pair of gray slacks. There was one fitting room down there next to a dark, enclosed space that was filled with boxes and various inventory. It was more like a makeshift booth with a curtain. After rummaging through the Husky rack, I went into the booth and drew the curtain behind me. I don’t know why I didn’t bother to go back upstairs to try on the pants – maybe my Butterball self didn’t feel like immediately committing to the cardio of going back up that lengthy staircase.

At first I didn’t notice the torso and head of the little boy mannequin that stood in the corner of the fitting room. I caught his reflection in the mirror and jumped. His face was chipped, and he appeared to have been designed sometime in the 1950s. He had a vintage look to him. He didn’t look like the other little boy mannequins I had seen on display at the mall, but he had that permanent painted-on smile that was more than just creepy. It chilled my 10-year-old bones. 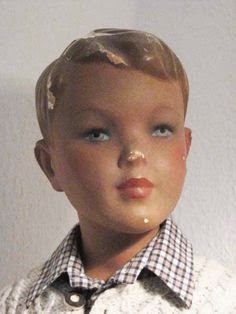 Let me clarify: I didn’t have some kind of irrational fear of mannequins. Sometime during my childhood I developed a distrust of them. Maybe it was that episode of The Twilight Zone that planted the seed, the one where a woman starts hearing strange voices coming from department store dummies while shopping – only to find out that she isn’t human after all. She’s a mannequin that comes to life every night and doesn’t know it (thanks Rod Serling). Or maybe it was Today’s Special, that cable children’s show in which a male mannequin came to life every night, thanks to a magic hat, and interacted with Jodie, the department store’s display manager, and Sam, the bumbling, Muppet-like security guard. I always confused the actor who played the magical mannequin with The Brady Bunch's Barry Williams. (I know, right? Of all people!) There was something off about their overly cheery demeanors. Their laid-back friendly dispositions belied, in my eyes, a sinister force capable of unspeakable acts.

Or maybe it was the recurring nightmare that had left me mentally scarred a few years back, the one about the Japanese geisha figurine my parents kept in a display case in our living room. In the dream the white-faced statue kept tormenting me when no one was looking. I had tried to tell my family that the statue was alive and threatening to do bad things to me, but no one believed me. What would Freud say?

While testing out my new school slacks in that cramped, poorly lit fitting room I could have sworn I caught a movement from the corner of my eye. Did Little Mannequin Boy turn his head, or was it just a trick of shadow and light? The reasonable part of my brain told me he couldn’t do anything to me if he tried – you know, since he had no legs. How would he chase after me? Silly boy.

The dead silence of the basement also didn’t help ease my young impressionable mind. After quickly putting my jeans back on, I stepped out of the booth and heard a rustling behind one of the boxes in the dark space of the room. I couldn’t tell if the black void led to some kind of corridor that ran under Liebman’s – or perhaps some portal to a hell dimension from which evil mannequins sprang to prey on chubby little boys as part of their plan for world domination. Did I just stumble upon a plot between Liebman’s Children Clothing and sinister beings from another world? Did the owners of the store make a deal with these creatures? Is that why the Husky section was placed down here, so that these soul-sucking mannequins had easier access to the town’s overweight, younger population?

As you can see, I was a budding conspiracy theorist.

Needless to say, I survived that particular visit to Liebman’s.

Being referred to as “husky” wasn’t all that bad, but if it were up to me, I would have come up with another label for the sizes of little boys who weren’t so little -- you know, like Men’s Medium. Husky may have been cute back when Eisenhower was president, but its overt politeness now comes off as condescending. We know your child is bordering on obesity; why not shop for his clothes in the men’s section at Macy’s instead?

If we're to make overweight children feel more insecure about themselves (and apparently there are a lot in this country right now) by subjecting them to trite labels, why not re-label all other sizes? Let's redo the entire size chart for everyone else!

If I owned a children’s clothing store, I’d incorporate the following:

Boys Medium = BORINGLY AVERAGE
Alternative label: COULD USE SOME MEAT ON HIS BONES

Let's see how that would affect millions of childhoods across the nation.

*This has been an excerpt from a chapter of a book-in-progress I'm currently shopping around.

Fred Newton said…
I know this all to well. Lest we forget if you ever had to trudge throughout the store to find your mom who was on the polar opposite end, making you walk shamelessly across the store flaunting embrassingly disproportionate pants that dont fit. Just to 'show' her how they look. Or worse, when you would say you're a size 38"w but the measurements would read 42" and it invoked the diet discussion. WTF
11:47 AM