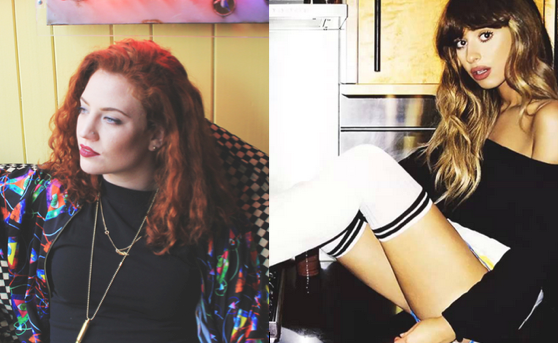 I cannot get enough of "Body Talk," the new single from Foxes.

Besides posting about this breezy, synth-filled slice of pop perfection all over social media, I've been playing it on repeat for the past week - in the car, at home, at the office, at the gym (the few times I've gone in the past several weeks). Even the neon-tinged (and slightly bizarre) music video is a cool visual treatment of the track. That said, I can't wait to see what her new album will sound like later this year.


And then there's the latest from another Brit, Jess Glynne, who is delivering some uplifting 90s dancefloor realness on "Don't Be So Hard On Yourself." Her album doesn't hit the U.S. until September, so in the meantime, start brushing up on this fantastic female artist:

@TheFirstEcho
Email Post
Labels: Get to Know music theme song of the month