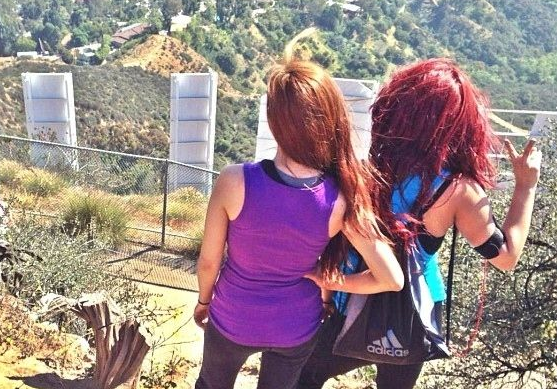 I think I've lived in Los Angeles long enough to be familiar with all of the tropes and trappings this city is known for. I think 13 years is long enough to identify the cliches and typical characteristics with which its residents are associated. Granted, I've been guilty of some of the following, but let's face it: It's time to move on and be a little more unique in the way we present ourselves as Angelenos.

1. Using traffic as an excuse for being late - Sure, there may be some scenarios in which traffic is a legitimate bitch (see: my 10 Types of L.A. Traffic), but let's face it: you suck at time management and left your apartment late because you were too busy choosing which shirt to wear to brunch. Speaking of...

2. Waiting an hour to get a table for brunch - How about we switch it up and do a potluck at someone's house instead? If you choose a restaurant where waiting for a table lasts twice as long as enjoying a meal, go somewhere else.

3. Getting high at Cinespia in Hollywood Forever Cemetery - If your idea of a movie picnic includes a blunt as your contribution to the group, stay at home with your Netflix queue.

4. Taking shirtless selfies at the top of Runyon Canyon - We get it. You're a member of the #fitfam and love the outdoors. That's great. And besides, you don't need more "likes" and validation when you've already collected thousands of Instagram followers...and took the same exact photo last month.

5. Getting all pissed because you can't bring wine bottles into the Hollywood Bowl - Y'all should know by now that sometimes, depending on a concert's sponsor, glass isn't welcome into the venue. So get over yourself and bring a small box instead...or better yet, they now make wine in pouches!

6. Complaining about "cold" weather - The next time you're shivering in your designer hoodie - in May - ask yourself this: Would you prefer spending your January in Chicago forming icicles on the tip of your nose while stocking up on Blistex?

7. Selling your shit to Amobea Records - Congrats. You earned two whole dollars for those DVDs of Swingers, The Wedding Singer, and Braveheart that have been sitting on your shelf since college. You can now put it towards the overpriced Criterion Collection Blu-ray you've been eyeing upstairs since last weekend.

9. Ordering kale salads - Because they're killing us! See Exhibit A...here.

10. Bitching about the parking at Trader Joe's - This could very well apply to a number of stores here in L.A. It's as if the developers were thinking, "Hey, let's open up shop where there's only three parking spaces!" 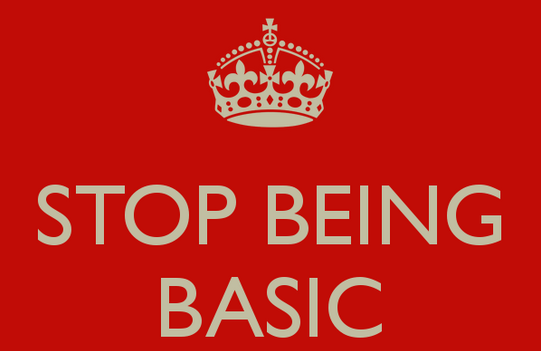 11. Using the phrase "I'm so busy" - There's an unspoken competition that happens whenever people gather together to "catch up" and just end up comparing schedules. Between my improv class, SoulCycle, writing that spec script, and being a board member for Artists Without Savings Accounts, I am. So. Busy.

12. Declaring In-N-Out as the best burgers in the city - You're clearly not doing your research.

13. Sharing unsolicited advice on how to take a photo - Hand on hip. Tilt your head. Lean forward...shut the f**k up.

14. Hating on any given neighborhood - Silverlake tends to be on the receiving end of such vitriol, especially when it's coming from anyone living west of Doheny. But guess what? Every neighborhood has its reasons why it sucks.

15. Describing everything as "basic" - It's time for a new word to be introduced to our lexicon.

Anonymous said…
Pretending NOT to be excited or entertained when an A-list celebrity is close by. -Fred
11:45 AM