Pop Culture Rant of the Week: My Adolescence Is Being Defiled by Lifetime 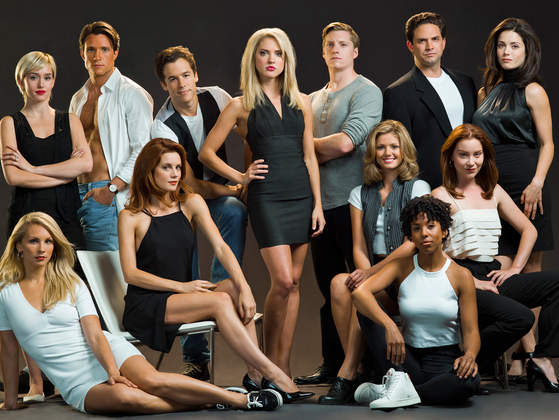 It all started with The Unauthorized Saved by the Bell Story, Lifetime's shamelessly exploitative TV movie about the behind-the-scenes drama of everyone's favorite Saturday morning sitcom.

Then came news of The Unauthorized Full House Story and The Unauthorized Beverly Hills 90210 Story. More blatant capitalization on 90s nostalgia. More reasons to stay in on the weekend with a bowl of popcorn, a large pizza, and a group of your friends who share the same love-hate relationship with these pathetically produced pieces of treacle.

And now, we have the inevitable Unauthorized Melrose Place Story, an attempt to showcase all of the real-life scandals behind the show about a scandalous apartment building.

I consider the original MP a sacred piece of television. It defined a part of my adolescence. It was one of the shows that inspired me to become a TV writer. (Before I wanted to be the next J.J. Abrams, I wanted to mirror the career of Aaron Spelling.) You can even read about my celebration of the primetime soap's 20th anniversary HERE -- that's how serious I take my Melrose fandom. I even went on a freakin' YouTube game show to show off my Melrose expertise!!!

If you ask me (and I know you didn't), this is just a scripted version of E!'s True Hollywood Story. In fact, I'm sure the writers of these disasterpieces used E!'s popular docuseries as a major resource, a blueprint full of headlines that could be turned into something resembling a script.

Of course you can expect me to hate-watch the crap out of this movie come October. I will mark the premiere on my calendar and live-tweet from a friend's couch while using a hashtag I hope will trend across the board.

#MelroseDisgrace has a nice ring to it, don't you think?