INSERT EYE ROLL: The Trailer for 'Transformers: The Last Knight' 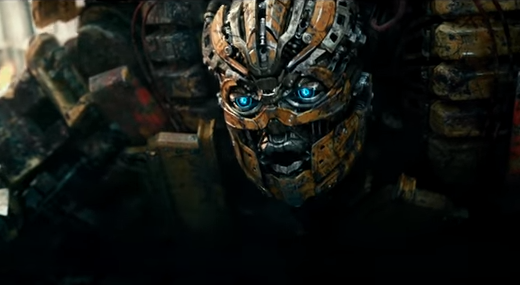 If the words "From Director Michael Bay" do not prompt an audible "ugh" from your lips, then you and I clearly have different tastes in movies. I'll just go ahead and accept the fact that you enjoy excessive explosions, slow-motion pan-arounds of actors looking beaten, and young nubile women baring their midriffs against sunset-tinged landscapes with an American flag flapping in the wind.

The trailer for the fifth Transformers movie dropped earlier today -- much to the disinterested dismay of those who can't fathom that the bombastic franchise has lasted this long.

"Optimus Prime has left us," says a British voiceover from...Sir Anthony Hopkins? (This is how far we've come?) I would probably peace out on Earth too after being subjected to an egomaniacal director, four films, and constant cast changes.

Did anyone besides a group of money-hungry studio suits ask for this sequel? Didn't think so.

Unknown said…
I have to disagree on this one, I like both kinds and I love Transformers lol. I'm slightly ashamed by that granted, but it could be the 80s nostalgia - a smart move to use the original Optimus Prime voice. Hated the last one, but this one, prolly
because of Ford's - sorry Anthony Hopkins narration, gave me chills. DON'T JUDGE ME HIKO lol.
9:48 AM