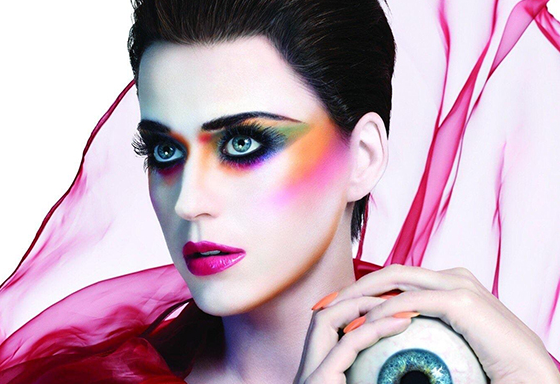 Before Witness even dropped, it seemed like there were dozens and dozens of thinkpieces dedicated to dissecting the current state of Katy Perry's career. Pop music pundits had good reason to assume the 32-year-old singer's political activism would inform the sounds of her next project after seeing her stand on the celebrity frontlines of Hillary Clinton's 2016 presidential campaign. However, there were immediate criticisms ready to call bull on her intentions to create "purposeful pop" after releasing the album's first social-PSA single, "Chained to the Rhythm," and following it up with the blatant, food-as-sex-metaphor bop "Bon Appetit."

And while fans may be confused by the theme of this particular "era" after the release of those two songs (not to mention "Swish Swish," which I'll get to later), listening to Witness in its entirety may help clarify some things.

One thing's for certain: Gone are the easy-breezy flourishes of 2010's Teenage Dream and some of 2013's Prism, which may upset many, especially those looking for some radio-friendly summer jams. Several years later, there's a particular gloom and melancholy that hangs over Witness, and that is arguably a result of a few things: 1) Katy's no longer a cupcake-bra-wearing 25-year-old in blue wigs and skin-tight jeans getting her boy toy's heart racing. (She's now older, perhaps wiser.) 2) Katy is troubled by the machinations of our current administration and worried about our future (and dammit, she's got something to say about it).

Look, every artist goes through creative stages. Every musician experiments with new sounds. And every pop diva should be allowed to express her mood du jour, even if it results in a less-than-stellar album (a moment of silence for Kelly Clarkson's My December and Britney's Britney Jean).

Unfortunately, we have reached a Katy Perry nadir with Witness. This gloom and melancholy, when paired with some awkward lyrics -- don't get me started on the laughable "Save As Draft" -- simply come off as self-indulgent and terribly misguided.

The album opens with the titular track, a mission statement with a lonely chorus that sees our gal pining for a connection. (Don't we all?) This is Katy basically telling us, "Get ready for me to sing about some big and important themes!" What follows is a mostly forgettable collection of tunes that fails to soar. Rather, it just glides...

For more of my commentary, check out my latest piece on HuffPost.