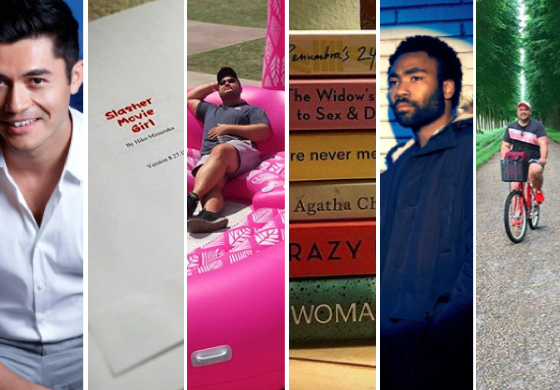 I kicked it off with a 10-night journey through Europe. You can read about my first six nights in Berlin and Paris here, here, and here.

I read Crazy Rich Asians before seeing the movie and fell in love with Astrid long before all of y'all did.

I consumed an adequate amount of ice cream; shout-out to Talenti gelato.

I treated my parents to a weekend in Vegas. Along with a Jennifer Lopez concert.

I had many strong feelings about Jurassic World: Fallen Kingdom, mostly about how the franchise is losing its luster.

On the other hand, I saw and reviewed the fantastic Eighth Grade. It is being slotted in my Top 10 of the year.

I was transported back to high school when I saw TLC headline a music festival in South London. I also fell in love with London all over again.


I binged Season 2 of the brilliant Atlanta and Season 4 of the criminally overlooked You're The Worst.

I gave my MoviePass a run for its money (six movies in June, five in July) before those damn restrictions kicked in.

I attended a wedding in Santa Monica and realized not all wedding bands suck. (Kudos to the singer who pulled off Chaka Khan's "Ain't Nobody" and Whitney's "I Wanna Dance With Somebody.")

I got a little tipsy in Palm Springs during the extra-long 4th of July weekend. (Okay, I got a lot of tipsy.)

In Berlin, I ate schnitzel for the first time. And my God, it was delicious.

My father was soon thereafter diagnosed with prostate cancer, so I flew to Florida to help my parents reach a decision on treatment: he is scheduled to receive radiation treatments this fall. My family is currently doing well. Therefore, #fuckcancer.

I saw The Spy Who Dumped Me. My reaction: NO ONE TOLD ME GILLIAN ANDERSON HAS THREE SCENES IN IT!

I went to the Saved by the Bell-themed pop-up diner, Saved by the Max, in West Hollywood. The food was expectedly...okay. There were plenty of Instagram ops to be had.

My company was awarded Global Agency of the Year. NBD.

I finally read Ruth Ware's The Woman in Cabin 10. This book is screaming for a Reese Witherspoon-produced adaptation.

I bought a new pair of glasses.

I was absolutely floored by Hannah Gadsby's Nanette on Netflix.

In Paris, I ate escargot for the first time. The copious amounts of garlic butter helped.

Oh, and I signed with a lit agent before finishing the first draft of my YA horror novel, Slasher Movie Girl. (To clarify: my agent isn't actually lit; she's a literary agent, someone who reps authors. Duh.) Publishers, keep your eyes peeled this fall...