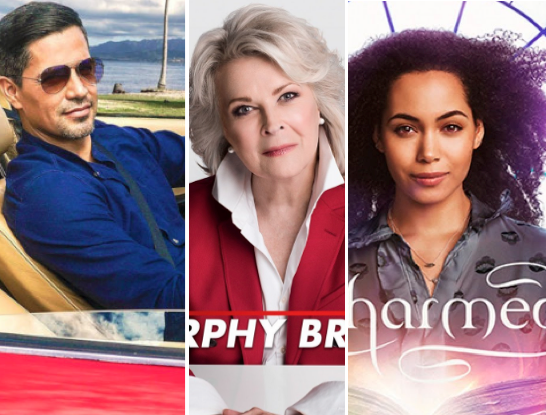 Richard Newby's recent thinkpiece in The Hollywood Reporter, "What Happens When Fandom Doesn't Grow Up" (read it here), brilliantly discusses how modern nostalgia has presented itself across pop culture and what it means for today's audiences...as well as tomorrow's.

I expressed a similar sentiment a few years ago, basically saying that Hollywood doesn't want me and my friends to grow up. The proof is everywhere you look. Every month there's a familiar title from my childhood or adolescence playing at my local megaplex or unleashing new episodes on the small screen.

This is undoubtedly, as many pundits have argued, a result of the growing number of business-minded (read: less creative) execs at film and TV studios who are averse to high-risk investments (i.e. original content), enabling this rampant reboot fever that is affecting a generation of viewers that may never know what it's like to discover a true, original property they can organically grow to love and cherish.

It's a vicious cycle; as long as we keep consuming these things, the more this industry will keep making them.

Hence why the upcoming TV season is going to feel like 1984, 1992, and 2000 all at once, thanks to new versions of Magnum P.I., Murphy Brown, Charmed, and Roswell -- as well as the continuation of the Roseanne saga, now called The Conners, and the new Will & Grace.

In other words, we have one TV season that will allow me to relive my childhood, adolescence, and college years -- simultaneously -- during any given week. (And that's not all: reboots of Bewitched, The Facts of Life, Designing Women, Rugrats, and Party of Five are currently in development.)