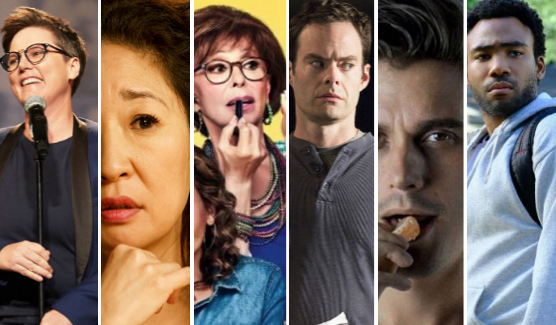 The Peak TV bubble has yet to burst.

And with over 500 scripted shows that were in production in 2018, it has become an increasingly difficult task for TV critics and pop culture pundits alike to keep up with the amount of content that is made available nowadays. How does one just pick ten of the best shows by the end of the year? Is it possible? Can it be done? 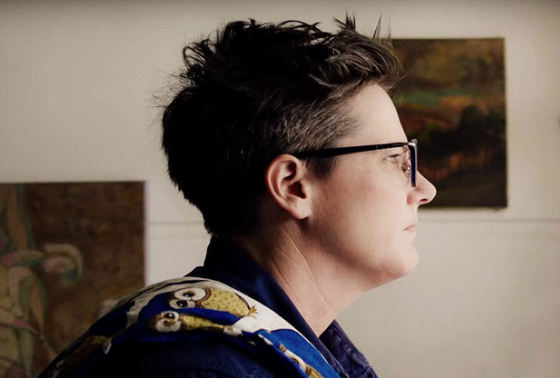 1. HANNAH GADSBY: NANETTE (Netflix) - Never has a stand-up act been able to transform into such a powerful wake-up call. But Gadsby's much-talked-about one-hour special is just that, a once-in-a-generation piece of work that (at the risk of sounding overly dramatic) should be mandatory viewing for all of humanity. It's a one-woman show that not only has the balls to challenge the conventions of comedy, it forces us to rethink our role as an audience in a much larger societal context. A lot of well-deserved praise has come her way since Nanette became available to stream this past summer; words like "brilliant" "raw," "devastating," and "daring" have been tossed around. But frankly, it is the most indelible, awe-inspiring experience on the small screen this year. 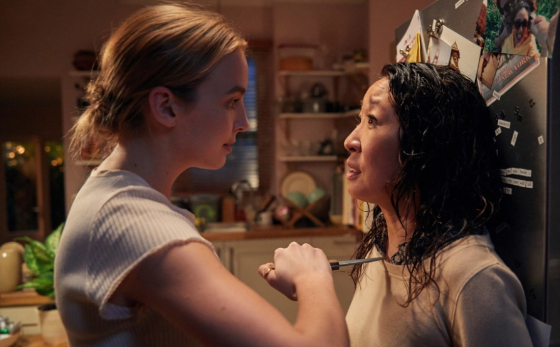 2. KILLING EVE (BBC America) - Creator Phoebe Waller-Bridge gave us the year's most exciting game of cat-and-mouse while subverting the spy-assassin genre, thanks to the talents of its two leads. Emmy nominee Sandra Oh plays the titular MI5 operative tracking down the deadly Villanelle (Jodie Comer, a revelation) throughout Europe, and each episode is a thrill, infused with a surprisingly wicked sense of humor and, yes, some slight sapphic tendencies.

3. ONE DAY AT A TIME (Netflix) - The multi-cam sitcom got better and wiser in its second season due to its tackling of topics other family comedies rarely touch. The chemistry of its cast, bolstered by the hard-at-work Justina Machado, is also stronger than ever. In a TV landscape now cluttered with reboots, this is one that sticks with you -- a reimagined story that deserves to be told in 2018.

4. BARRY (HBO) - Part hitman comedy (a hit-com?) and part showbiz satire, the first season of Bill Hader's out-of-nowhere series introduced us to an assassin who accidentally stumbles into something far scarier than a mob operation: the L.A. acting scene.

5. ATLANTA (FX) - The second season of Donald Glover's "comedy" was a series of closely observed vignettes that defied categorization. Whether skewing the music industry, American race relations, or the culture at large, Atlanta settled well into its weirdly fascinating groove. 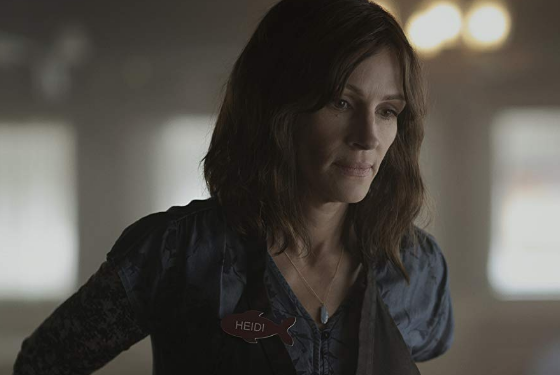 6. HOMECOMING (Amazon Prime) - Mr. Robot creator Sam Esmail directs every dread-filled, 30-minute episode of this throwback to the paranoia thrillers of the 70s and provides Julia Roberts with one of the best roles of her career. She's Heidi, a social worker helping American soldiers transition back into their civilian lives, yet something sinister stirs underneath the surface of the facility where these sessions take place.

7. BLACK MIRROR: U.S.S. Callister (Netflix) - The Emmy-winning first installment of the anthology's fourth season is a chilling indictment of extreme fandom, giving star Jesse Plemons a platform to create one of the most memorable characters on television this year.

8. THE HANDMAID'S TALE (Hulu) - The dystopia drama continues to excel across the board, expanding upon its source material with more devastating visuals, more superb acting, and bleak plot developments that make me question how much further we can follow June's journey. Or I can just stop wondering and savor every moment of this gripping series. 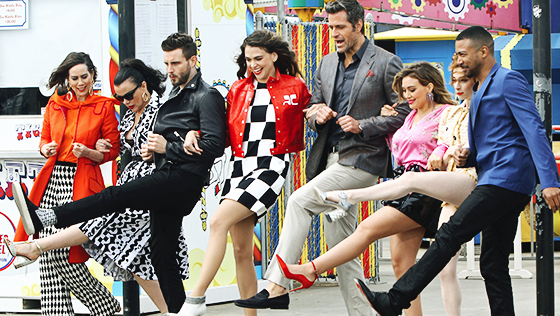 9. YOUNGER (Paramount Network) - The fifth season of the highly bingeable rom-com beautifully soared to new heights, thanks to its undeniably charismatic ensemble. Also: someone give Miriam Shor (whose fierce Diana Trout was given a tasty romantic subplot) a damn Emmy nomination already!

10. AMERICAN CRIME STORY: THE ASSASSINATION OF GIANNI VERSACE (FX) - The brutal shooting of the renowned fashion designer is only the tip of a multi-layered iceberg that is carefully exposed across nine chapters of Ryan Murphy's anthology series. Bolstered by a jaw-dropping cast and a shocking performance from Glee alum Darren Criss, Versace ultimately succeeds in taking a closer look at America's complicated relationship with homophobia and sexual identity in the late 90s.