This ‘Edward Scissorhands’ Musical is an Alternative Holiday Treat 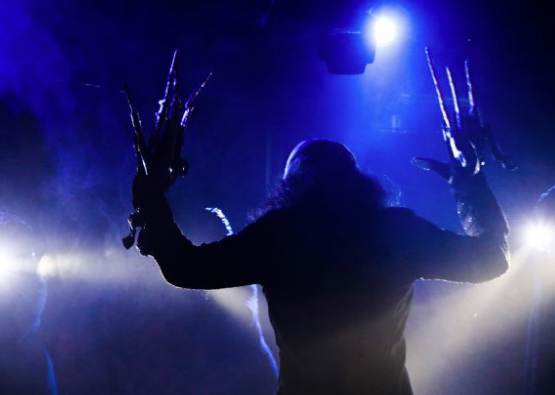 Jordan Kai Burnett plays the titular role Johnny Depp made iconic, an artificially created human with scissor blades for hands who is taken in by an Avon door-to-door saleswoman named by Peg (the fantastic Emma Hunton) and falls in love with her teenage daughter Kim, played by Natalie Masini (Winona Ryder in the film). Meanwhile, Edward’s dearly departed Inventor (an electrifying Dionne Gipson) remains a presence throughout while the innocent young man makes an impact on a suburban community, particularly with the local ladies of the neighborhood — all played with delightful relish by Ryan O’Connor, Morgan Smith, and Carly Casey (pictured below). 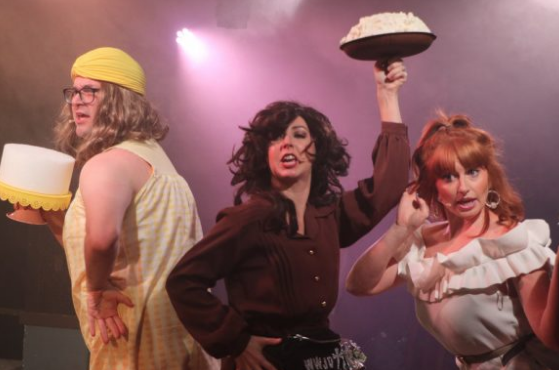 When a horrifying misunderstanding sends Edward on the run, the story takes a gripping turn, and its climax is staged in a way that — intentional or not — eerily mirrors 2018 news headlines. Meanwhile, the production is imbued with over two dozen tracks that tie surprisingly well to the narrative. Among them: The Cranberries’ “Zombie,” a haunting rendition of Sia’s “Breathe Me,” Whitney Houston’s “I’m Every Woman,” Madonna’s “Like a Prayer,” and rollicking takes on Scissor Sisters’ “Let’s Have a Kiki” and Florence + The Machine’s “Shake It Out.” Peter Gabriel’s “Sledgehammer” also makes an appearance, and it’s sung by Keir Kirkegaard as Jim, Kim’s jock boyfriend, in a performance that becomes a hilarious excuse for the actor to lose his shirt (frequent Rockwell attendees should already be familiar with his abs from previous productions). 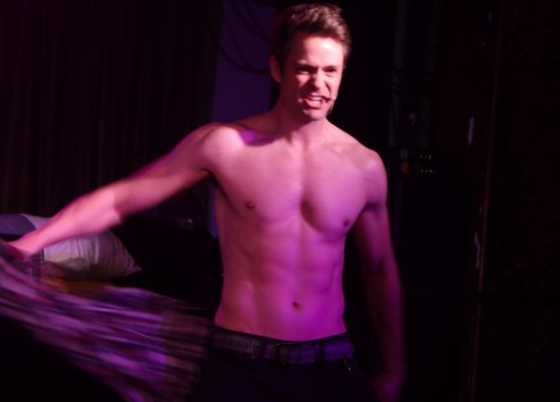 Says Pazakis, “This holiday treat has been a long time in the making, simmering inside our minds…and this being Hollywood during the holidays, we can only imagine who from the film cast might show up on any given night to celebrate with us!” The Fuse Project’s brand is to meld together pop culture icons, cinema, and digital classics into one intense, hilarious, and thought-provoking night of epic musical theatre (while audience members nosh on Rockwell’s tasty menu offerings and imbibe craft cocktails). 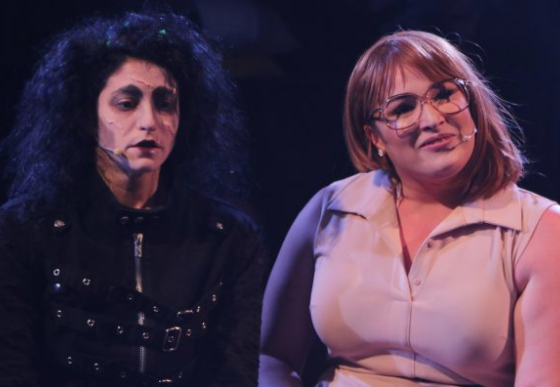 Adds Bredeweg, “I have always wanted to pay tribute to Edward Scissorhands, along with the idea of a female to play the lead. And today, when diverse casting has become so important, I’m excited to turn an already big-hearted iconic holiday movie into a unique and memorable immersive theatrical experience for a modern audience.”

By popular demand, Fuse Project’s Scissorhands run will be extended on Saturday and Sundays through the end of January. The hit show The Unauthorized Musical Parody of Stranger Things will come back on Thursday and Friday nights for January 2019 and then go back to four shows, Thursday – Sunday in February. Visit Rockwell-LA.com for times and tickets.