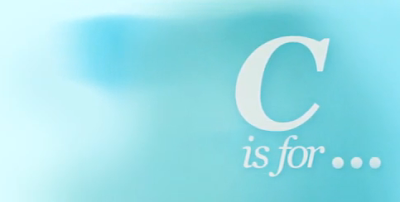 My mother has lung cancer.

I think the more I say it - or if I write it down several times - the less scary it will become. But right now, I'm not sure if it does. I'm also not sure if it was inevitable. Inevitable meaning: Life has treated me pretty well thus far (no abuse, no trauma, no life-scarring events), and I've been extremely fortunate without having to endure any extreme hardships, which only begs the question of What could possibly go wrong? Inevitable meaning: my mother had been a smoker for as long as I can remember, and as an f'ed-up sign of irony delivered from the Universe, she was diagnosed only two months after quitting cigarettes altogether. Inevitable meaning: I'm starting to think that Fate definitely doesn't like to be tempted.

This recent development has forced me to teeter closer to the edge of that Worst Nightmare I've had ever since I was a child: losing a parent. 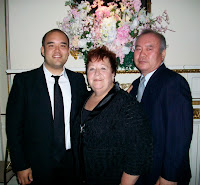 But before some of you jump to express your sympathy (to those who have already, it is tremendously appreciated), I must say that it isn't all gloom and doom. Her doctors are hopeful because A) it was caught super early (I believe it's called Stage 1?) and B) she's in "the best possible situation given these circumstances." They don't even foresee her needing any further treatment (i.e. that nasty chemo) once she has the surgery to remove the small tumor that's been sitting on top of her right lung.

The tumor. When I think of the tumor, I envision it as a cartoonish black blob, much like that animated mucus creature in those Mucinex ads you see on TV. It has short arms, a pair of stubby little legs, and a vicious, take-no-prisoners attitude. I'm a tumor, and I'm just gonna plop myself down in your body, and I don't give a shit how if affects you. I dare you to get rid of me. I ain't going nowhere. In my mind, Mr. Tumor has a cockney accent, carries the lazy swagger of a Russian mobster, and lacks grammar skills.

My mother's surgery is scheduled to take place on Monday, August 16 at Greenwich Hospital in Connecticut. The medical facility, as my mother described it to me over the phone, is a gorgeous, well-kept resort-like place. "Naturally," I told her. "It's Greenwich."

"They even have a grand piano in the lobby when you walk in," she continued.

"Of course they do." Again: Greenwich. I wouldn't be surprised if every room featured a chandelier and plasma TV for each "guest."

The doctor who is to perform the surgery is Dr. Paul Waters. My mom told me to Google him, so I did, hence the headshot I found on the hospital's website. Dr. Waters hails from the University of Toronto (we adore Canadians). His specialty his Thoracic Surgery. He's around my mom's age. He has a pleasant demeanor. He enjoys Italian food, reruns of Magnum P.I., long walks with his Golden Retriever, Chester, and skiing in Vermont every January. Okay, so that last part isn't true, but maybe he does enjoy a plate of spaghetti and meatballs every now and then.

My plan is to take a red-eye into New York on the morning of Thursday the 19th. By that time, my mom will have started her preparations to make the transition to a full recovery at home. I, along with my dad and a dozen other family members, will see to it that she gets plenty of care. I've already compiled a list of DVDs she'll need to watch, and she has already expressed interest in tearing through the September/Lady Gaga issue of Vanity Fair. My five days back in New York shall consist of movie marathons, catching up on my own reading, and cooking several Trader Joe-provided meals for both of my parents (because let's face it: my father's cuisine doesn't stretch much beyond his noodle bowls and chicken-and-rice dishes).

Since I won't be able to talk to my mother before her surgery tomorrow morning (with the time difference and all), I called her today to check in. She had taken the day off to tie up loose ends around the house and do some cleaning which I'm sure was a way to mentally prepare herself for the next few days. I wished her well (they're going to make her faster, better, stronger, etc), told her that I loved her (something we all need to say more of), and mentally prepared myself for another manic Monday.

Everything is going to be all right.

TO BE CONTINUED...
Email Post
Labels: the personal crap

Jenny said…
Thinking of you and your family Hiko. Please let me know if I can do anything.
8:13 AM

Karim said…
I love you and Sandy, both! Every morning, I wake up, (And before I put on my makeup), I'll say a little prayer for her.
9:08 AM

Anonymous said…
We know this is a nervous time for your family and everyone here will do our very best to take great care of your mother. Please call if you need anything at all.