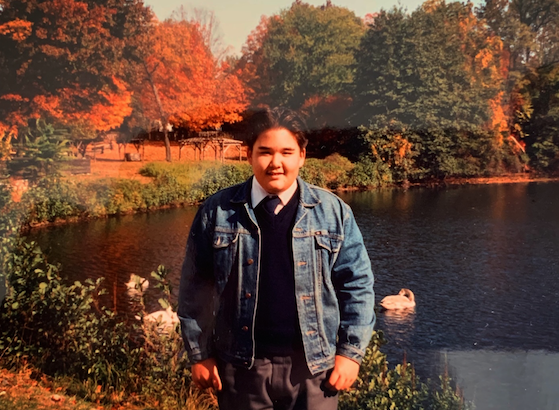 I've been blessed with what my mother refers to as "pork chop feet."

It's neither a sizable trust fund, an antique jewelry box, nor a collection of vintage hardcover novels that I have inherited from both my mother and my father. No, what has been passed down to me is the inconvenient genetic anomaly that is...wide feet.

Below is a picture of a Brannock device, a tool with which I was quite familiar every time my mother would take me to the mall to buy new shoes for the school year. Placing my foot on the cold metal, a sweaty middle-aged salesman would usually comment on how wide my foot was and that I've grown another inch!

"You don't say, Captain Obvious," I wanted to reply. "How about you go to the back room and fetch me some shoes before you go back home to your loveless marriage?" 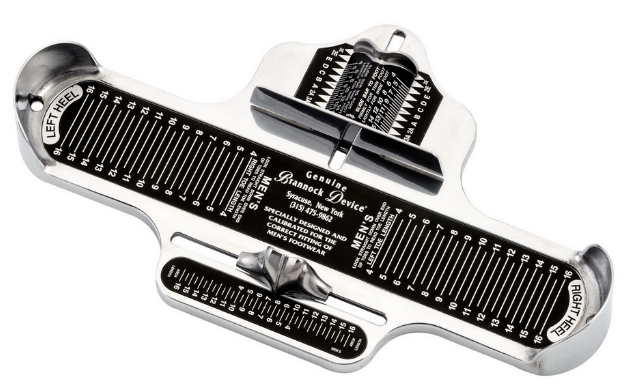 Having wide feet was, and still is, a pain in the ass. It was especially frustrating back then because I was relegated to certain brands of sneakers or -- as a private school brat -- brown loafers or black lace-ups. I could never wear the popular brands my friends were wearing. No Nikes, no Adidas, no Reebok. This frustration extended to ice skate rentals and bowling shoes as well. My feet endured immeasurable pain both on the rink and on the lanes all because my feet didn't fit a standard width. (I was a pretty decent skater too, ironically enough.)

While boys my age were running around in their trendy trainers and athlete-endorsed footwear, showing off their new pairs of aerodynamically named kicks, I was stuck sitting next to my fat-footed brethren at my local Thom McCann and being measured for a brand of sneaker called MacGregor. What sounded more like the name of a hot-tempered Scottish bartender turned out to be my (affordable) sneaker of choice throughout most of my middle-school career. It was an unfashionably plain white shoe with forest green accents. It closely resembled a golf cleat, the kind 50-year-old men would wear on the courses, along with their hideously designed polos. Whether it granted me the ability to leap like Michael Jordan or sprint like an Olympian, I never knew. At that age (probably 12) one would most likely find me participating in some not-so-sporty activities like studying the week's TV Guide, searching for Waldo, or handwriting a short horror story in a spiral notebook after having read an inspiring novel about a group of prom queens being murdered one by one. 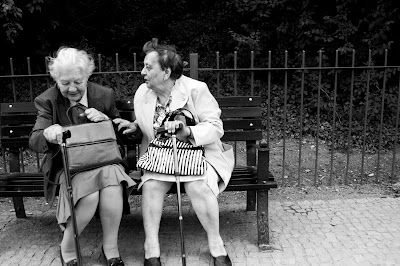 If I wasn't shopping for shoes at Thom McCann, I was accompanying my mother to the Naturalizer store in Yonkers, New York, a retailer known for their wide width selections, and sitting next to women with names like Agnes and Edith, hearing them bicker about which orthopedics are best to wear on a bus trip to Atlantic City. Such was my childhood.

Looking on the bright side of it all, I never had the urge to buy the sleekest (and priciest) sneakers money could buy. I never had to beg my parents for a pair of black Air Jordans or slick, multicolored Adidas tennis shoes. Thus the chances of a bully threatening to steal my designer gym shoes were low. I didn't have to worry about the neighborhood meanie sending me home barefoot in the rain like poor little Nicholas Hoult in About a Boy.

Did I miss out? I don't know. I had other obsessions (the aforementioned above) and concerns to keep me occupied as I made the universally awkward transition into adolescence and young adulthood. Luckily, by the time I reached college, I discovered Sketchers and New Balance, brands that were wide-width-friendly and opened my eyes to a variety of designs that welcomed my feet with open laces. No longer was I trapped in a world of ugly footwear. No longer did I have to be ushered to the back of a shoe store in an attempt to find the perfect pair that would hold my pork chop paws...

My feet were free at last.

*Anyone with wide feet got a story to share? Some frustration to vent? Let me know.
Email Post
Labels: TBT the personal crap