Current Mood: The 1994 Opening Credits from Part 2 of Stephen King's 'The Stand' 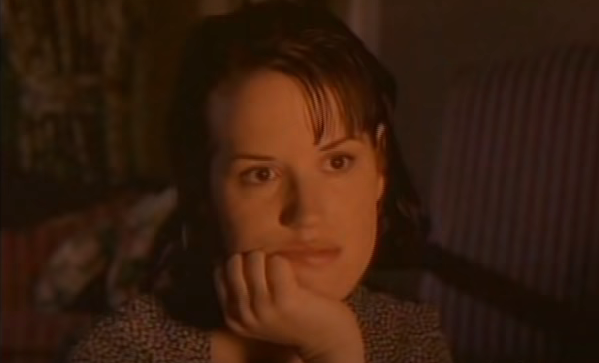 For one week in May of 1994 millions of Americans, including 14-year-old me, were glued to their TVs to watch the ABC miniseries adaptation of Stephen's King's doomsday epic The Stand (back when broadcast networks invested in miniseries). Throughout four nights, we witnessed a fictitious "superflu" wipe out most of the world's population and leave behind a band of survivors who either fell in line with The Good (Ruby Dee's nurturing Mother Abigail) or The Evil (Jamey Sheridan's sinister Randall Flagg).

As eerie and morbid as it would be to watch this six-hour teleplay today (I own the DVD set), I find myself drawn to one particular sequence twenty-six years later...

The below clip is taken from the opening of Part Two of the miniseries. It features the characters Frannie and Harold, respectively played by 80s icon Molly Ringwald and short-lived 90s icon Corin Nemec. The childhood friends console each other while coming to terms with the end of the world and realizing that they'll have to leave their hometown behind and venture out into the unknown.

But before they do, Frannie dusts off a record player, puts on some vinyl, and starts to play Crowded House's 1986 classic "Don't Dream It's Over." And what comes next is a dreary montage of shots of our country, littered with dead bodies, as the opening credits fade in and out and the song's hopeful lyrics are backed up with a moody orchestration.

In short, it's one fantastic exercise in music supervision: