America is a Cocky, Unruly Teenager 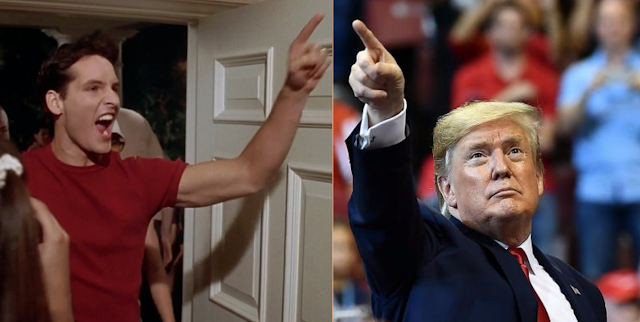 I recently revisited Can't Hardly Wait, the seminal 90s teen comedy about the various members of the Class of '98 coming together for a giant house party, one last hurrah before they all go on their separate paths. The movie has a special VIP section roped off within the chambers of my heart because I too am a member of the Class of '98. Watching it in the theater back in June of that year was the first time I had watched characters my own age go through something I was concurrently experiencing.

Like most mainstream teen movies, Can't Hardly Wait features an array of stock characters, most notably the pompous jock, the socially anxious nerd, and a posse of popular pretty girls. There is wild and reckless behavior, fueled by the requisite drugs and alcohol, along with an inevitable reckoning and several lessons learned by everyone. Like most mainstream teen movies, its characters are focused on the here-and-now, uncertain about their future, yet full of naive hope. And like most mainstream teen movies, these characters, regardless of their social standing in the hierarchy of high school, all possess, in various degrees, a self-imposed sense of invincibility. These seniors, like every graduating class before and after them (fictional or real), think they're special. Sure, some are more cocky than others, but most of them can't help feeling like they're the best, that there is no one else like them, that no one else can relate to what they're going through. And isn't that what adolescence is mostly about? Feeling like no one else can compare to you while being self-absorbed in your own wants and needs?

With America's 244th birthday on the horizon, I can't help but look at our country as a teenager. After all, it's apparent when you look at the rest of the world in comparison. England was founded in the 10th century, in 927 AD. Germany, in its original form, was known as Germania in 900 AD (part of the Holy Roman Empire). And China is super ancient, a civilization with a written history that dates back to more than 3,000 years ago.

Let's briefly go back to America's "birth." It was a painful one, born out of an act of rebellion and revolution. It was founded on the basis of equality. However, after officially coming into the world in 1776, America threw a few toddler tantrums and went through some significant growing pains in the forms of catastrophic wars and the continued criminal mistreatment of citizens that it refused to see as "equal." More than two centuries later, that rampant inequality hasn't faded away. On the contrary, it's just been repackaged, recycled, rebooted. (Rest in Power, George Floyd.)

And somewhere along the way, as it got older, claiming some victories and experiencing some success, America developed a confidence.

America then started to feed itself ideas. Some of these were based on statistics, while others were just statements and phrases with no factual evidence, shouted by powerful individuals who had the privilege of standing on stages that allowed their statements and phrases to be projected across the land. These ideas that America fed itself were full of flattery, always trying to boost its confidence, even when it wasn't needed. "America is number one." "America is the best." These were messages that conjured up images of undeniable greatness, expressing how no other country on this beautiful planet could possibly hold a candle to its purple mountains majesty. Messages that were also crafted to encourage America to spend more, buy more, to keep its greatness alive. 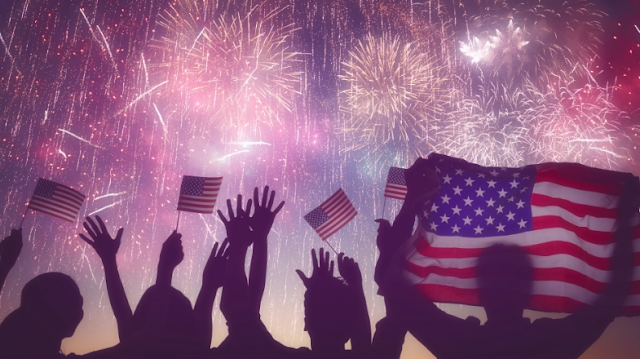 All of these messages eventually inspired grand expressions of pride. There were songs written about what it means to be an American and many other forms of entertainment produced with the word "American" clearly positioned at the front of their titles (y'know, to make it clear that it was made in America, for Americans, by Americans). There was excessive flag-waving, and when that wasn't enough, the good ol' red-white-and-blue was turned into shirts, jackets, pants, ties, hats, and any other material that could be transformed into a proud fashion statement.

As America hit puberty, it became a dominant force in the world—or, to keep the metaphor going, in the hallways of its school—which only inflated its ego. The flag-waving became even more excessive. And now, as a full-fledged adolescent, America's pride has mutated into a defiant stance that refuses to acknowledge any kind of other. Declarations of rights are constantly made without taking into consideration what the consequences of exercising those rights could involve.

Like those teenage characters in Can't Hardly Wait, America's cockiness tricked itself into thinking it is invincible while it continues to be self-absorbed in its own wants and needs. It is incapable of looking at the big picture because it doesn't care about the big picture. There is a severe lack of foresight; all America cares about is the here-and-now, that it is, and will always be, The Best. (Australian comic Hannah Gadsby, in her recent Netflix special, Douglas, politely calls us "culturally confident.") But also: like those characters in Can't Hardly Wait, America's cockiness is really disguising its fear. America can stand proud all it wants, but it's really scared and confused, uncertain about its future, yet full of a lingering, naive hope. Which makes sense—the adolescent brain is not mature enough to handle certain things, and until its prefrontal cortex is fully developed, it is not capable of the kind of empathy needed for a society to properly function and be civil.

There is great irony in all of this peacocking too. While America continues to brag about its "rights" and its greatness ("Our cars are faster! Our guns are bigger! Our energy drinks have more energy!"), the not-so-greatness of America keeps rearing its ugly head. Despite warnings, it keeps harming itself. It's like a teenager who continues to vape, drink alcohol, and cut class, ignoring all of those history lessons as well as the caring adults around him. Yes, America isn't like the rest of the world, but maybe it should listen to what the rest of the world is trying to tell it. 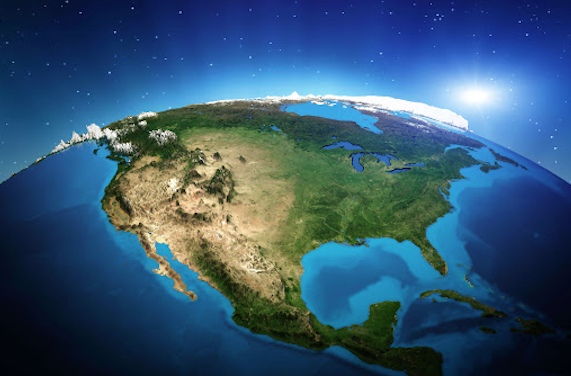 There's a quote currently floating around social media (source unknown) that pretty much sums it up:


“Insisting on your rights without acknowledging your responsibility isn't freedom, it's adolescence.”

And there seems to be a lot of insisting these days. While the current global pandemic continues to have its tight grip on civilization, America's patience has been tested like never before. ("I insist on not wearing a face mask in your store!" "I insist that America reopens!" "I insist that you listen to what I have to angrily say and tweet!") Since this is something no living human being on earth has ever experienced, America doesn't know what to do with itself. This has resulted in understandable frustration, which has resulted in more temper tantrums and acts of defiance, which has resulted in disturbing statistics that have put America in an embarrassingly pitiful light. We represent just 4.25% of the world's population yet nearly one-third of the world's coronavirus-related deaths, placing us in a very grim "number one" position. Put that on a flag and wave it.

Of course there are many other complicated reasons for America's behavior, but one can't help but wonder if all of them are correlated to its age and status as a nation. Is this just another growing pain? Is this another lesson it will have to begrudgingly learn?

When will America finally graduate and grow the fuck up?