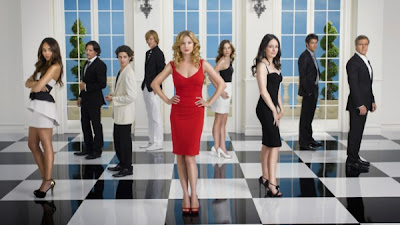 I had my doubts about The Primetime Soap making another comeback to television. With Desperate Housewives on its way out this season, I was concerned that a juicy, adult serial wouldn't make an impact in the 2010s, especially on network television. And I'm not talking about a drama that involves doctors, lawyers, Upper West Side rich kids, or bloodsucking hotties. I'm referring to a straightforward sudser, chock full of sex, bitchy vixens, and old fashioned backstabbery. A more meticulously plotted Melrose Place. A dishier Dynasty people could tweet about...You know what I'm talking about.

That said, Revenge has been quite the surprise, a thrilling, soapy ride that just gets better with every episode. It seems to have avoided the mistakes of its predecessors and is now delivering twist after turn after twist. And let's hope it isn't a one-trick (or one-season) pony. While Revenge may have learned a few lessons from the soaps of yesteryear, I've learned a few of my own from the drama that continues to prove rich, white people got some effed-up problems: 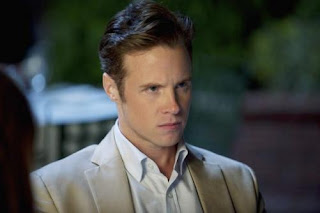 1. Hire security for your parties. This covers all charity events, birthday soirees, lavish holidays, and intimate family dinners. And it's not just a matter of dealing with party crashers. This is for those run-ins with crazy, gun-toting social climbers...or your husband's ex-mistress...or the pissed-off brother of your daughter's boyfriend.

2. If you feel like you're being watched, you are. If you're a particular person of interest, whether because you're hiding something or holding the key to a long-buried secret, chances are someone is keeping tabs on you. That China doll sitting on the fireplace mantle? Yep, it's a hidden camera.

3. Are you an only child? Think again...because meet your long-lost sibling!

4. Give the peeping rich bitch next door a show every so often, especially if it involves her smokin' hot son.

5. Don't cross Grandpa. He might just come back to blackmail you. 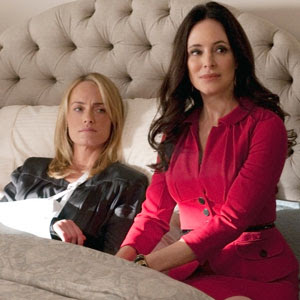 6. Mistresses are hard to kill. Forget about pushing them off the ledge of a high-rise. It. Won't. Work.

7. Trust your dog. If your pet takes a strong liking to the new girl in town, choose her and not the trashy wench posing as your childhood crush.

8. Befriend a prison warden who looks like CCH Pounder. Girl will hook you up once you're out of the slammer and starting a new life.

9. Sign up for self-defense lessons with a Japanese mentor. Dude will Kill-Bill your ass till it hurts. He'll also prove to be a valuable ally when he strikes a business deal with your fiance. 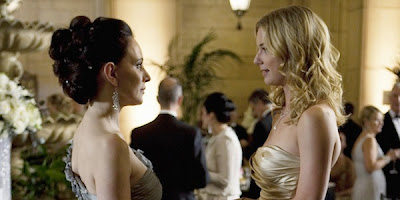 10. The truth will come out. No matter how deep you bury it, that shit will be exposed. So brace yourself for the consequences, or plan a clever getaway so no one can find you...until you decide to pop up for a surprise appearance in the season finale.