MY BEEF WITH KIDZ BOP

At first I thought it was a joke.

Several years ago I came across a CD in a store that appeared to be some kind of rip-off of the NOW! That's What I Call Music series. Only these Top 40 hits were redone for the 8-and-under crowd. Kids singing Britney Spears? And Bret Michaels? And -- wait for it -- The Beatles? I had to do a double take. "This is all kinds of wrong," I told myself.

Just how many kinds of wrong?

First of all, I wouldn't advise current pop artists to give this organization the rights to rape their songs with cheesier renditions of already cheesy singles.

And editing suggestive lyrics to accommodate these versions does a disservice to the songwriters. Case in point: Below is the video for Lady Gaga's "The Edge of Glory," as interpreted by a bunch of smiling, zit-free teens who, in reality, probably illegally downloaded Born This Way onto their smartphones during recess. 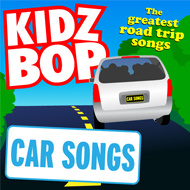 Worse than your average track from a Radio Disney broadcast, these songs may be another way for artists to earn some extra cash -- who can blame them in today's music industry climate? -- but enough is enough. Are elementary schoolkids really eating this up? They must be, because Kidz Bop recently released Volume 21. That's twenty-one CDs of sugar-coated tunes aimed at kindergarteners and children whose overprotective parents probably shield their eyes from shows like Glee and Modern Family. And this doesn't even include the numerous special editions such as Kidz Bop Sings Monster Ballads, Kidz Bop 80s Gold, Kidz Bop Country, and -- someone surgically remove my ears should I ever find myself trapped on a road trip with this -- Kidz Bop Car Songs.

From what I can remember, no one thought it was necessary to reproduce Def Leppard's "Pour Some Sugar On Me" or George Michael's "Faith" when I was a wee lad back in the 80s. When those songs came on the radio, I bopped along, totally clueless to what they were really about. All I knew was that they had some good beats and catchy harmonies. Most of the time it was just noise in the background.

And true, Kids Incorporated, the children's television show that featured performances of popular songs, seemed to have wooed most of my peers back in the day, but when all was said and done, we still preferred the real things. As much as we may have been entertained seeing kids like us star in their own music videos (a fantasy I remember having since the age of 5), we knew they were just hollow, plastic replicas. But isn't that the very nature of pop music, that it's manufactured for the masses? Ah, the dichotomy of it all!

As for the kid singers/actors/dancers featured in these videos I wonder how many of them were pushed into these productions by fame-hungry parents who are grooming them for their inevitable auditions on American Idol, The Voice, and The X Factor. Is Kidz Bop just another training ground for the next generation of reality stars, pop idols, and Nickelodeon personalities? All signs point to: most likely. And with a DIY platform like YouTube cranking out pop star wannabes every day, the market is getting flooded at a faster rate.

And you know what happens when the floodgates open. We all start, well...drowning:

Anonymous said…
I think you're misunderstanding the intended audience for these collections. I think it's primarily adults who buy them to play during some type of assembly for kids, trying to appease the kids with songs they hear on the radio while respecting the parents' desire not to have their kids listening to a song about the most epic orgasm of all time ("Edge of Glory"). Is it really such a big deal if it means the music gets played, rather than having to settle for music NO ONE wants to listen to...like Starship? Because at least this way the kids aren't complaining.
12:34 PM