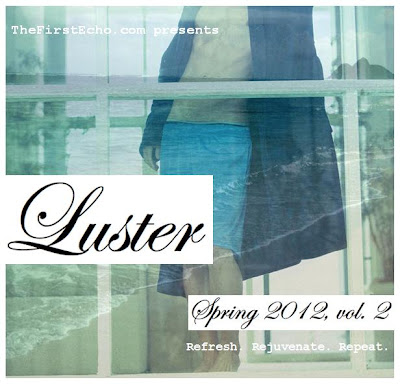 Told you it was coming soon...Let's just get right down to it, shall we?

1. "In Your Light" by Gotye - To kick things off, how about a tune that'll make you wanna throw open the window, take a deep breath, and smile knowing that everything's going to be all right: 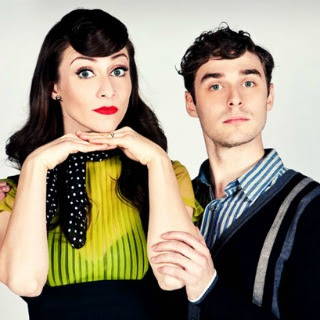 2. "Brokenhearted" by Karmin - The quirky pop duo (right) recently made a splash on SNL and instantly wooed me (and I'm sure countless others) with their debut original single. These YouTube sensations, a.k.a. Amy Heidemann and Nick Noonan, have gone from the web to a record deal to national television in less than a year. And yes, a full-length album is being prepped for an April drop. If my Spidey sense is correct, these guys are about to blow the f**k up.

5. "It All Belongs To Me" by Monica feat. Brandy

6. "Hotel Nacional" by Glora Estefan - She's back and ready to hit the clubs with this surprising single (and vibrant video) that just might make her relevant again:

7. "Vision of Love (Maison & Dragen Remix)" by Kris Allen
8. "Turn Up The Music" by Chris Brown - Although Mr. Brown is a douchebag-prick of assholish proportions (as seen in his post-Grammy tweets), I hesitate to include one of his tracks on here. And if it means anything to the mutual haters out there, I didn't pay for this song.
9. "Give Me All Your Luvin' (Party Rock Remix)" by Madonna feat. LMFAO & Nicki Minaj - A more tolerable version of Madge's attempt to win over today's kiddies. Ironic, though, since she complains that "every record sounds the same" while being reformatted to sound like everything else on the radio.
10. "In The Way" by Penguin Prison - Chris Glover & Co. continue to bring the electro-funk.
11. "Believe It (Radio Edit)" by Spencer & Hill feat. Nadia Ali
12. "I Would Do Anything For You" by Foster The People
13. "Nobody Knows" by Darin
14. "DJ Ease My Mind" by Niki & The Dove:

15. "Respect" by Melanie Amaro
16. "La Isla Bonita" by Ricky Martin and Naya Rivera - Who knew this dancier reignition of the Madonna classic would be so good?
17. "Let Me Be Your Star" by Katharine McPhee & Megan Hilty - It looks as if we've entered the Smash era (sorry, Glee), and the former Idol runner-up finally gets her moment in the spotlight six years later.
18. "Free" by Graffiti 6
19. "Part Of Me" by Katy Perry
20. "I Can Only Imagine" by David Guetta feat. Lil Wayne and Chris Brown - See #8 above. Besides, this is Guetta's baby.
21. "123 (Original Radio Edit)" by Craig Smart
22. "Dynamo" by Vincent Did It - He's the artist formerly known as Frankmusik (damn those pesky record label disputes!), and he's back with a vengeance.
23. "Hot Right Now" by DJ Fresh feat. Rita Ora:

24. "Cinema (Skrillex Remix)" by Benny Benassi feat. Gary Go
25. "Catch Me If You Can" by Danny
26. "Your Love" by Fay Wolf - To wind things down, sit back and get lost in this beautifully haunting rendition of the 80s classic.

*And yes, Volume 3 is already in the works as well.