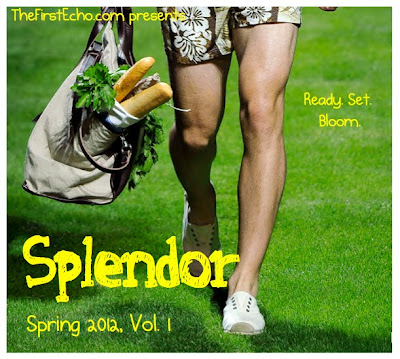 If you're already pining for those April showers that bring May flowers and would like to get rid of those scarves and winter coats, then feast your eyes (and ears) on the following choice cuts. It may be February, but we can jump ahead of the season, can't we? And who cares what that groundhog said? These should hold you over till you start smelling that freshly cut grass and picking out patterns for your Easter eggs.

Caution: Some serious beats await you towards the end of this compilation.

1. "Next to Me" by Emeli Sande - The recent Brit Award winner is making waves with her debut single, a rollicking piano-driven jam featuring a rejoicing chorus. Here's hoping that she finds at least a fraction of Adele's success here in the States:

2. "Somebody That I Used To Know" by Gotye feat. Kimbra - Already placed in my top faves of 2012, this Belgian-Australian musician's got a haunting set of pipes. And may I strongly suggest trying out the exquisite Myndset remix. Oh, and the video's pretty cool too.
3. "Fair Warning" by Penguin Prison - This fratboy-lookin' fella's real name is Chris Glover. He hails from the musically rich subterranean scenes of New York City. And he wants you to succumb to his electronic, funky ways. Do it.

4. "Wild Ones" by Flo Rida feat. Sia - As derivative as Flo has become, I'm only tuning in for Sia's kickass vocals on this dance single, which should rightfully propel her into a bigger spotlight. If you've listened to her collaboration with David Guetta on "Titanium," then you know what I'm talking about.
5. "Midnight City" by M83 - This wonderful slice of alternative/electro-pop should've been placed on my fall mix, but sadly the awesome synths and sax of this single weren't brought to my attention until recently. And neither was the Village-Of-The-Damned-influenced video:

6. "Sorry For Party Rocking" by LMFAO
7. "New Lands" by Justice - It's like 2012 gave 1982 a makeover...Just try it. Trust me.
8. "Paddling Out" by Miike Snow
9. "Dark Side" by Kelly Clarkson - The original Idol serves up a pleasant piece of pop-rock accented by a slightly eerie nursery chime. Embrace your darkness, Kelly? With relish.
10. "Sorry for Party Rocking" by LMFAO
11. "I Won't Give Up" by Jason Mraz
12. "Don't Gotta Work It Out" by Fitz & The Tantrums
13. "Cry (Just A Little) (Radio Edit)" by Bingo Players
14. "All Over The World" by Ola - Unabashedly Euro and undeniably irresistible.
15. "The Island Part I (Dawn)" by Pendulum - The drum-and-bass trio from Australia offer up a hard-hitting anthem suitable for any Ibiza party...or a drive up the coast with a beach bag in the backseat. Forget that chill in the air. Summer's arrived early, kids (if you wanna get straight to the vocals, skip ahead to the 1:30 mark):

16. "Cinema (Skrillex Remix)" by Benny Benassi feat. Gary Go
17. "Stay Gold" by The Big Pink
18. "Feel It All Around" by Washed Out - I'm a little late to the Portlandia party, so I'm including the IFC comedy's theme song here as it is the perfect chillout number for a late-night drive...or a bong session in your neighbor's living room.
19. "Best Night" by LMFAO feat. will.i.am & Eva Simons - If you're already fed up with "Sorry For Party Rocking," then settle into the rhythms of this ode to jetsetting and carefree nights with some random chick you picked up in a club.
20. "These Times" by SafetySuit
21. "The One That Got Away (Acoustic)" by Katy Perry
22. "We Run The Night" by Havana Brown feat. Pitbull - For those suffering from Pitbull overkill, suck it up and soak up the "loud bass" and vocals of this Australian DJ while picturing yourself riding the 6 train into Manhattan on a Friday night (or is that just me?). This is also for every fist-pumping Sal, Mike, and Tony down on the Jersey Shore. Get it HERE.
23. "Wanna Be Startin' Somethin'" by the Glee Cast - A respectable redo brought to you by the white-boy funkiness of Darren Criss.

*PS - Believe it or not, Volume 2 isn't too far behind...
Email Post
Labels: music playlists