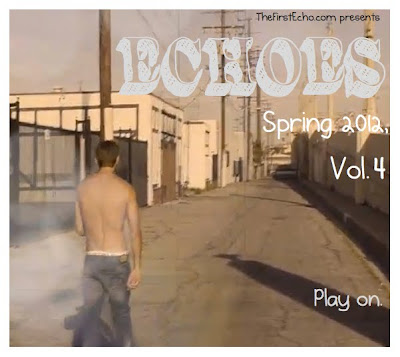 Several rainstorms and three volumes later, here we have another compilation to add to the pile as you begrudgingly start that spring cleaning you've been putting off since St. Patrick's Day. This season has proven to be quite bountiful with tunage. My iTunes library has quickly blossomed into a full array of songs ranging from returning 90s alt-rockers (Hello, Garbage) to teenyboppers turned rappers (thank you Mr. Bieber).

Hurry up and get on the bandwagon before summer rears its sunburnt head...

1. "Warrior" by Mark Foster, Kimbra & A-Trak - This heavenly slice of electro-pop just might turn out to be one my favorite songs of the year. With a collaboration like this, who needs to ride on Gotye's shoulders? Kimbra is spreading her wings and ready to soar. Listen:

2. "Payphone" by Maroon 5 feat. Wiz Khalifa - Adam Levine & Co. are punching in their pop card, and although the addition of Wiz is utterly unnecessary, this should satiate those looking for a sequel to last year's megahit "Moves Like Jagger."

10. "Turn Up The Radio" by Madonna - Finally, after the misfires that were "Give Me All Your Luvin'" and "Girl Gone Wild," Madge has selected a song off MDNA that's worthy of being an official single.

11. "Only The Horses" by Scissor Sisters - Calvin Harris steps in as producer on this interesting single that aims to catapult the Sisters into the mainstream:

14. "Dance Again" by Jennifer Lopez feat. Pitbull - A sequel of sorts to last year's "On The Floor" that's as disposably fun as a can of silly string.