Janet Jackson's 'If' Turns 20 This Year 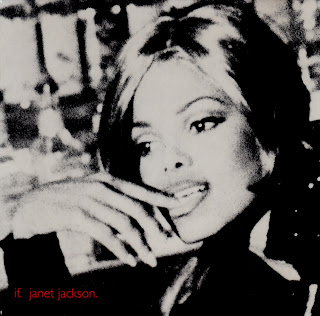 13 is such an impressionable age.

My first year as a teenager didn't involve any experiments with drugs or booze. I wasn't traumatized by a family scandal. I didn't hang with "the wrong crowd." I just watched a lot of TV.

Turning 13 also heralded a big change in my life: I had been given my first CD player. Suddenly, my musical horizons broadened. Gone were the days of listening to cassette tapes of my mother's Michael Bolton, Kenny G, and Carly Simon albums. I was finally able to transition myself out of jamming to adult contemporary hits and start listening to some of the more popular tunes my peers were blaring on their headphones.

In the summer of 1993, Janet Jackson released her highly anticipated new album -- and her highly sexualized new image. Janet, her fifth disc, churned out several iconic hits that helped musically define the 90s. "That's The Way Love Goes" became the eptiome of bedroom slow-jams. "You Want This" was an empowering, rump-shaking anthem, one of the first of its kind. And "Again" was the ballad that earned Miss Jackson a Golden Globe and Academy Award nomination for Best Original Song (Poetic Justice anyone?).

But then there was "If."


The music video was a piece of pop culture that left its imprint on my impressionable 13-year-old mind. It was perhaps the first time I saw abs on a female singer. Who knew women could flaunt them just as much as the guys? Six-pack stomachs didn't just belong to Marky Mark and any given hunk on Melrose Place anymore. Janet oozed sex, and most of it came out in this provocative visual treatment.

"If I was your girl, ooh the things I'd do to you..." Grammatically incorrect lyrics aside, the song was packed with suggestive and hypothetical situations that was made manifest when our pop diva thrust her hips into the face of a shaved-headed dancer in the video. I remember my inexperienced 13-year-old self asking, "Is this even allowed on VH1?"

Next was the choreography. The tightness of each move, especially during the intensive bridge that sampled Diana Ross and the Supremes' 1969 hit "Someday We'll Be Together," was something that every child of the 90s tried to mimic in his or her living room. Back in the day, one critic from Slant Magazine had written that the song "seems to exist for the sole purpose of providing the impetus behind one of the great dance-break routines in music video history"...which happens to take place at the 3:07 mark in the video below:


They just don't dance in music videos like they used to, amiright?

The video, directed by Dominic Sena, holds up surprisingly well compared to the rest of the stuff that had come out at the time. Futuristic Asian nightclubs? Voyeuristic back rooms? Someone was ahead of his or her time.