What That 'Downton Abbey' Finale Says About British and American TV 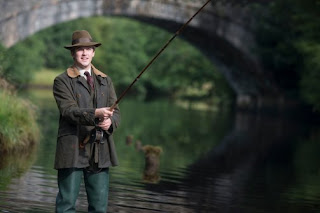 The reactions to last night's third season finale of Downton Abbey clearly demonstrate the difference between British and American television (and some of their audiences). Yes, that final scene was heartbreakingly frustrating. How could a beloved television drama kill off a beloved character moments after cradling his newborn son and kissing his star-crossed lover? (If you've ignored my above warning and haven't guessed by now, Matthew Crawley kicked the bucket).

But exec producer Gareth Neame recently explained to Entertainment Weekly how and why things had to unfold they way they did. 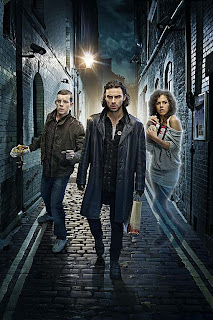 Any follower of British TV should know by now that the actors on these international shows generally don't stay on for long; their contracts are just written that way. It's the standard for television actors across the Pond. Just look at BBC Three's Being Human (I still strongly believe the American version pales in comparison). The first three seasons made me fall in love with adorkable werewolf George, sexy vampire Mitchell, and saucy ghost Annie. Then, by season 4, they were all gone, replaced by two new werewolves and a bad-boy bloodsucker. Despite my sadness to see them go, I offer kudos to the writers for making the transition easy and logical and the casting director for choosing worthy heirs.

Then there was the sexually charged Footballers Wives, a scintillating soap that practically saw the cast change every frakkin' season. Characters came and went through a revolving door faster than any given plot twist on ABC's Scandal.

And if this were an American show? Perhaps actor Dan Stevens would have accepted a higher salary to stay on for another season, because that's the way U.S. shows work: throw more money at the players and keep the show running for as long as possible. If you think about it, that kind of makes us look greedier and certainly less humble than our U.K. counterparts. Perhaps the Brits just have a better sense of when to back off and not let things burn out into oblivion.

Therefore the recent departures on Downton Abbey kind of make sense -- from the British cultural standpoint at least. And had they dispatched Matthew in any other way, it would've been even more unacceptable -- and unbelievable. Just think: now that he delivered a new heir and set the house on the right path, what other purpose did he carry on the show? How else could they have written him off?

I still have high hopes for Downton. Most of our favorite characters are still alive and kicking: Mrs. Patmore is still cheeky, Mrs. Hughes will continue to expose Mr. Carson's softer gooey side, Mr. Bates can keep on kissing Anna, and even Thomas has found a straight ally in golden boy Jimmy. We even caught a glimpse of what's to come with the arrival of the nymph-like Rose, who heralds the Abbey's continued movement forward into those flap-tastic 1920s.

That all said, Dowager Countess, please stick around for a little while longer. Please. And thank you.

Oh well. I guess it's Branson's time to shine now. After all, there's only room for one fair-haired, sensitive heartthrob in this house.