When one nostalgically binges on all seven seasons of The Golden Girls like me (I swear I have a life), you pick up on a few things. Certain patterns appear as you continuously witness the consumption of countless cheesecakes inside a fictitious Miami kitchen and hear one St. Olaf story too many. 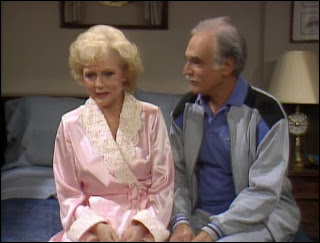 2. The same can be said for Sid Melton, who played Sophia's deceased husband Sal (in flashbacks and dream sequences). He also appears in a Season 6 episode as a jester in a medieval-themed restaurant where Dorothy and her high school crush (Hal Linden) go out on a dinner date.

3. Memory Slip! Starting in the fifth season (1989-90), it becomes apparent that Bea Arthur had started using cue cards during certain scenes, especially if they involved lengthy monologues. The same can be said for Estelle Getty; it became known that she had entered the early stages of dementia at some point in the early 90s, when the Golden franchise was coming to and end (a tidbit brought up during an episode of Lifetime's Intimate Portrait). 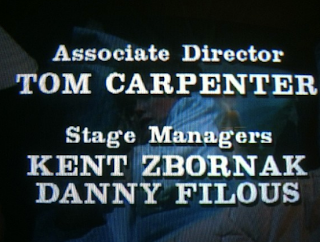 4. Dorothy's last name, Zbornak, is shared with stage manager Tom Zbornak, who came on board two years after the show's premiere. Coincidence?

6. Character Continuity Mistake #1: Dorothy's son, Michael (Scott Jacoby) appears three times throughout the show's run. In his first appearance, Dorothy refers to him as a 30-year-old. In the second, he's 21. However, in his last episode, he's in his 30s again.

7. Character Continuity Mistake #2: After Miles leaves Rose to go back into the Witness Protection Program (he ratted out The Cheeseman, a Chicago mobster), he is later referred to in the following episode as having gone on a class trip with his university students. 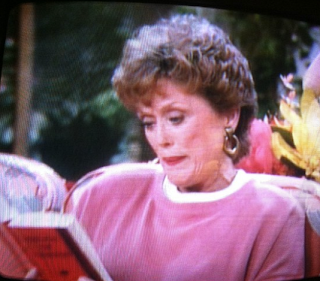 8. Throughout four seasons, Blanche can be found reading the same red paperback novel. Either she's an extremely slow reader...or the propmaster was slacking off on the job.

9. The idea for The Golden Girls emerged during the taping of a 1984 TV special in which actresses Selma Diamond (Night Court) and Doris Roberts (Remington Steele) appeared in a sketch promoting new show Miami Vice as Miami Nice, a parody about old people living in Florida. In the audience was the network's senior vice president, Warren Littlefield, who liked the performance and envisioned a sitcom based on geriatric humor.

9. Tom Whedon, a writer-producer on the show for several seasons, is the father of Buffy creator and Avengers director Joss Whedon.

10. In the pilot, Dorothy says she's from Queens, but throughout the remainder of the series, she's referred to as a Brooklyn native.

11. Marc Cherry, the creator of Desperate Housewives and Devious Maids, was one of the show's story editors starting in Season 5. He later became a producer along with writing partner Jamie Wooten.

12. During the second season, an attempt to spinoff the show was made. Rita Moreno appeared in a backdoor pilot called Empty Nests, a comedy about a middle-aged couple who live next door to the girls. It obviously didn't work, because by 1988, it was retooled to focus on the life of widower Harry Weston and his two adult daughters (Empty Nest).

13. And as for that exclamation point-shaped carving on the door? I finally had to do a little research because it has been bugging me for years: Bea Arthur apparently did it before taping the pilot episode (as a possible gesture of good luck).


Thanks for sharing article nice one..waiting for next one keep it up
12:24 PM