'The Breakfast Club' Turned 30, And This is How I Celebrated


February 15 marked the 30th anniversary of one of my all-time favorite movies, and I couldn't have imagined a better way to celebrate the milestone.

The Breakfast Club was just one of the many movies gloriously retold through song in For The Record's Dear John Hughes, a musical tribute to the director who gave an entire generation an unforgettable oeuvre and the rest of the world The Brat Pack.

I was honored to be invited to the opening night of this spectacular show. (It was my fifth time attending the troupe's showcase, so you may have heard me rave about them before.) Needless to say, the 80s nostalgia was in full effect.


And yes, there was cake at the afterparty where I got to meet Lea Thompson. (Quick story: Last year Bello Mag had done a spread on her daughter, Zoey Deutsch, and she thanked me for how wonderful it had all turned out.)

The surprise of the night? Evan Rachel Wood killing it as Ally Sheedy in TBC and Mary Stuart Masterson in Some Kind of Wonderful. 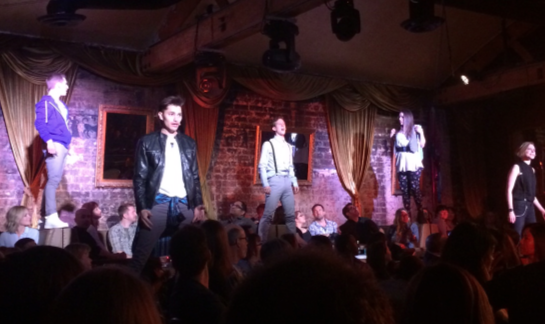 I can honestly say this is one of the best live musical experiences in Los Angeles. I'll be giving a full write-up on the night over at HotterInHollywood.com.

In the meantime, you can sample some of the knockout performances here:

@paysonlewis killin it once again in Dear John Hughes at @dbahollywood. #FTRHughes
A video posted by Hiko Mitsuzuka (@thefirstecho) on Feb 15, 2015 at 11:30pm PST