#TBT: The Soundtrack to My Awkward Years 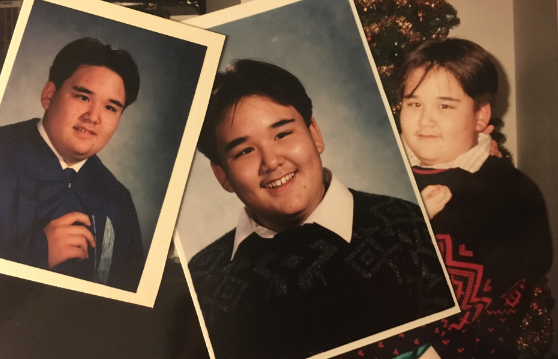 Most people have gone through those "awkward years," that pre-adolescent time when you're figuring things out for the first time, when you're just starting to identify your likes, your dislikes, and your passions. (If you happen to be one of those lucky individuals who breezed past this phase, then screw you. Just kidding. Maybe.)

Many of us have the photos and numerous #TBT postings to prove it. As for me, I also have the soundtrack to prove just how awesome I was from the ages of 11 to 15 -- please note how the italics imply sarcasm.

Those who know me well know that, if I didn't have my nose stuck in the pages of a paperback novel written by Anne Rice, Dean Koontz, or R.L. Stine in the early 90s, I was rocking out to the Adult Contemporary hits of the era. While kids my age were blaring Nirvana, Dr. Dre, or Naughty by Nature, yours truly was appreciating the orchestral strings in Annie Lennox's "Walking on Broken Glass," the soothing harmonies in k.d. lang's "Constant Craving," and the seductive, acoustic open to Daryl Hall's slow jam "I'm in a Philly Mood." And as I've mentioned here before, I was also putting Amy Grant's Heart in Motion on heavy rotation every week in between new episodes of Picket Fences on CBS, a network that was clearly beyond my age demographic.

It didn't stop there.

12-year-old Hiko was quite familiar with the early discography of Michael Bolton and Carly Simon's Coming Around Again. (Many of those tracks I associate with road trips in my mother's Pontiac 6000-LE.) And before her heart went on for Titanic, Celine Dion scored points in my book for pumping out powerful love song after powerful love song. (Just try not being moved by "The Power of Love," "If You Asked Me To," or her rendition of Carole King's "Natural Woman.")

And then there were the duets. Oh God, the duets. These were my jams in the early 90s, a period chock-full of male-female collaborations of the power ballad variety (I have the cassingles to prove it):

There was that climactic key change in Elton John and Kiki Dee's "True Love" (from Elton's Duets); The perfect blend of Celine Dion and Clive Griffin's vocals in Sleepless in Seattle's "When I Fall in Love"; The unlikely partnership of James Ingram with Dolly Parton on "The Day I Fall in Love," straight from the soundtrack to Beethoven's 2nd -- and nominated for Best Original Song at the 1994 Oscars (I shit you not.)


Suffice to say, these were not your typical music selections of a preteen growing up in the suburbs of New York City at the dawn of the Clinton era. And looking back, I can only offer three correlated explanations for my musical proclivities and penchant for easy listening:

EXPLANATION #1: As an only child, I was surrounded by adults throughout most of my formidable years. I had no sibling influence. I listened to what the adults listened to. I was exposed to Baby Boomer sensibilities and tastes. No babysitter available? Take Hiko to the movies and plop him in a seat with a bunch of 40-year-olds in the theater to watch Cher slap Nicolas Cage in Moonstruck, cry during Sally Field's meltdown at the end of Steel Magnolias, or witness a young Christian Bale get separated from his parents in the traumatizing epic Empire of the Sun. All kid-friendly fare.

EXPLANATION #2: I didn't have a sizable circle of friends. Hence my delayed awareness of Top 40 tunes. (Thankfully this would change as I learned to drive...and learned to concurrently love the songs of Alanis Morrissette, En Vogue, and TLC.)

EXPLANATION #3: Perhaps I was an "old soul," a label given to me several times throughout my life. Or did I just become one as a result of the above circumstances?

In hindsight, I now love who I was at that age. I own it. I was awesome in my own, weird way. Maybe this explains why I currently brand myself as "pop culture junkie"; perhaps I'm making up for lost time from 25 years ago or making up for lost music I could have enjoyed more with my peers.

But there's one thing I do know: if I were to meet a 12-year-old in 2017 who's obsessed with Adele or knows the entire discography of Michael Buble or Josh Groban, I may not be able to refrain from giving him a giant hug.

That all said, enjoy this collection of tunes -- straight outta my awkward years: