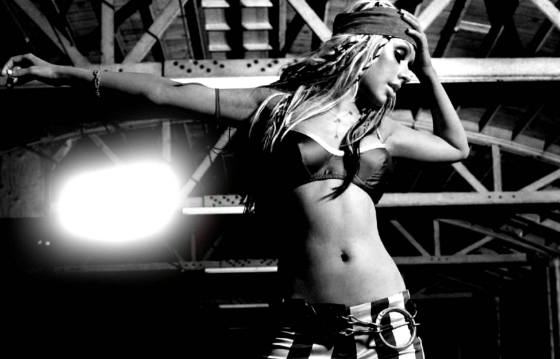 It was the highly anticipated album known for transforming a sugary-sweet pop princess into a feisty, cornrowed, assless chaps-wearing wild child.

Stripped, Christina Aguilera's sophomoric follow-up to her self-titled debut, was released this week in 2002. From the lead single and its grimy music video ("Dirrty" -- cue the STD jokes!) to the provocative black-and-white cover, it flaunted its ambition from the get-go. It was the then-21-year-old singer's attempt to break out from the teen pop mold that had its grip on her at the turn of the 21st century. The introductory track made the message abundantly clear: "Sorry you can't define me/ Sorry I break the mold/ Sorry that I speak my mind/ Sorry don't do what I'm told." Behold "Xtina" and her bold, new sounds!

Some critics were quick to dismiss the disc, calling it a kind of schizophrenic mess as it jumped from hip-hop-flavored dance anthems (the aforementioned single, which still gets club play today) to rock-tinged foot stompers ("Fighter") to inspirational ballads ("Beautiful," "Soar," "The Voice Within"). What other artist her age (remember, 21) had the gall to experiment with such range at the time?

For more on this special pop anniversary, check out my latest at Huffington Post HERE.