Nerdgasms of the Week: Gillian Anderson in 'Crooked House' and 'The X-Files' 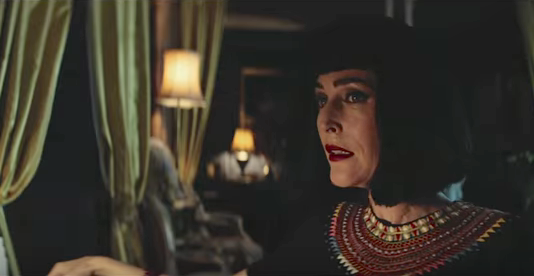 As I settle into old age ("old" by Los Angeles standards) there are few things that'll make me squeal like a girl being serenaded by Shawn Mendes during her sweet sixteen.

First, there's the trailer for Crooked House. It stars a bunch of veteran actors (Glenn Close, is there no scene you haven't chewed up?), but most notably, it features Gillian Anderson in a dramatic Cleopatra wig trying not to look suspicious while a hottie detective investigates a creepy family in the British countryside. Throw in the words "based on Agatha Christie's most twisted tale" and a title card that basically says, "adapted by the bloke who gave us Downton Abbey," and you have Anglophile catnip. In other words, I. AM. IN.


And then there's the return of The X-Files in which Anderson's Scully, after 25 long years, finally gets up close and personal with some extraterrestrial baddies, kicks ass, takes names, and proceeds to kick more ass -- all accompanied by a nifty cover of The Cranberries' "Zombie."

I was lukewarm on the previous round of this reboot, but I am more cautiously optimistic for these next installments.